If you’ve never experienced an airbag deployment, count yourself lucky. Airbags are necessary, life-saving pieces of technology that are most likely to deploy after you’ve been in a car accident. While we can be thankful for their inclusion in our cars, we can also be thankful to have never personally experienced their impact.

You may believe that airbags deploy after any sudden impact – small or big. Many mainstream movies have famous scenes involving airbag deployments that either save the main character’s life or scare them away after a too-late deployment used for comedic effect.

The reality is that an airbag system is dependent on several specific factors in order to function correctly. So, what are these factors, and when does an airbag deploy? Fortunately, we’re here to answer all your questions on airbag safety. Let’s get started.

Where Are Airbags Located in My Vehicle? 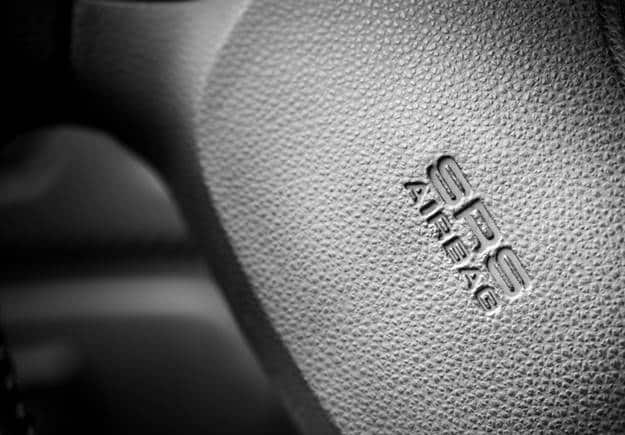 Looking closely at your steering wheel or passenger side dashboard, you’ve most likely seen the airbag embossment. However, this is not the only place airbags are located in vehicles.

Today, side airbags on both the driver and the passenger side are nearly universal after Chrysler’s introduction in 1988. Select automobile manufacturers, such as Mercedes, are also testing rear seat airbags, though their proliferation in the market is yet to be determined.

How Do Airbags Work?

Driver and passenger airbags are designed to keep your upper body, including your head, neck, and chest, from hitting the steering wheel, dashboard, or windshield in a front-end crash. Side impact airbags are designed to cushion the load in a collision while protecting the driver and passenger from contact with parts in the vehicle’s side structure.

When parameters are met to deploy the airbags, a sensor sends a signal through your vehicle’s computer system to inflate the airbag with nitrogen gas (don’t worry – nitrogen gas is harmless). When an airbag receives the signal to deploy, it inflates quickly. An engineering study reported that an airbag could inflate to full capacity in 55 milliseconds. This is about the same time it takes for you to blink!

When Do Airbags Deploy? 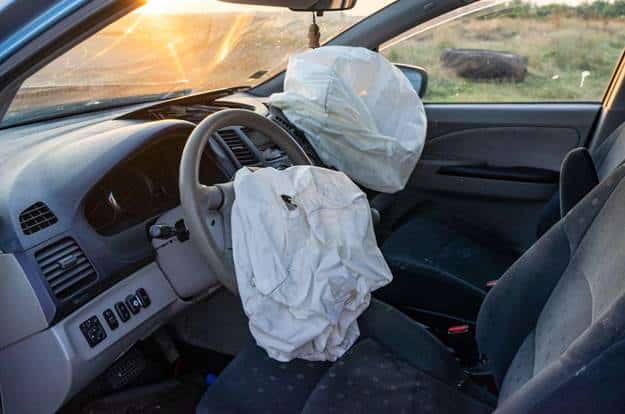 Generally speaking, airbags will deploy when there is a moderate to a severe chance of injury upon impact. In most instances, the threshold for injury is when your vehicle is traveling between 8 and 14 miles per hour or is struck by an object moving between 16 and 28 miles per hour.

When setting the impact speed for airbag deployment, manufacturers will also consider whether occupants in the car are using a seat belt or not. While the speeds mentioned above may seem slow, they are measured against the risk of severe injury for an unbelted occupant. If all occupants wear seatbelts, airbag deployment speed is around 16 miles per hour.

Side airbags tend to have a lower threshold for deployment, mainly because objects that collide with a vehicle on the side are more likely to directly impact the vehicle’s occupant. For that reason, side air bags can deploy at speeds as low as 8 miles per hour.

Depending on the type of collision, side and frontal airbags may deploy at the same time.

My Airbag Didn’t Deploy. Is Something Wrong?

There is not necessarily anything wrong if your airbag didn’t deploy. Several conditions are considered before the signal is sent to deploy your airbags. Most vehicles have seatbelt sensors in addition to airbag sensors. If occupants are wearing their seatbelts, the threshold at which airbags deploy is greater than if seatbelts are not worn.

As we now know, airbags inflate very rapidly. Because of this quick deployment, there is a risk of injury to vehicle occupants from the airbag alone. Common airbag injuries include broken facial bones and lacerations. In some instances, airbag deploys can also be fatal if an occupant is in direct contact with the airbag when it first deploys or if they do not meet the height or weight parameters to be a passenger in the front seat. Your car’s computer will consider all of this information before signaling the airbags to inflate.

There are some instances where something may be wrong if your airbags do not deploy in a collision. Airbag sensors fail due to defective parts, improper installation or testing, or even software failure. In some cases, the wires that connect the airbag sensor to the device can even be severed due to the force of the collision.

Final Thoughts: How Can I Make Sure My Airbags are Working Properly?

Check the airbag indicator on your vehicle’s dash if you’re concerned about your airbags’ functionality. If they go on and off, you likely have an active airbag. For added insurance, you can always visit a trusted mechanic who can help run a manual test to determine your airbag’s functionality.

What Happens to My Vehicle After the Airbags Deploy? 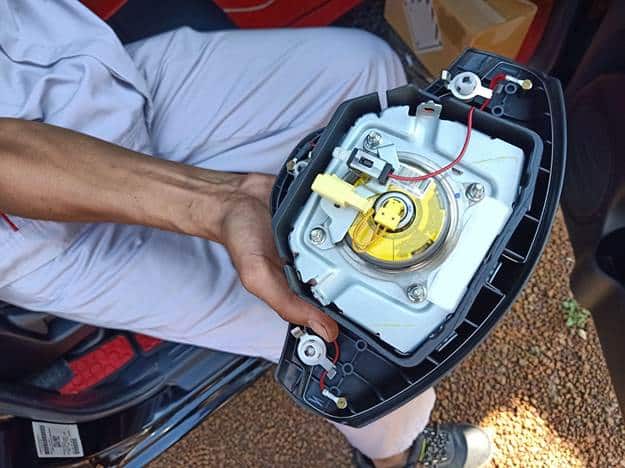 Many people are under the false assumption that your vehicle is a “total write-off” if your airbag deploys in a crash. This is not always true.

A crash that causes airbags to deploy is likely serious enough to cause extensive damage to your car overall. When considering whether or not to write off a car, insurance companies use a simple formula: the cost to repair the vehicle should not be greater than 70% of its total value.

If your vehicle sustains minor damage and your airbags still deploy, you’ll likely be able to replace your airbags as long as the cost does not exceed the insurance metric listed above. Remember, airbags can not be reused. They are designed for single use only and must be replaced by a trusted mechanic or technician after deployment.

When Does An Airbag Deploy – Airbag Safety

Airbags are revolutionary, life-saving pieces of technology that reduce the chances of vehicle fatalities by 30%. If you’ve reached the end of this article, you have a good sense of when airbags deploy and why. Now that you have this knowledge, take a moment to inspect your airbag indicators each time you enter your car. You’ll be glad you did if there ever comes a time when you need them! 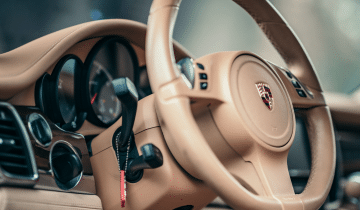 Airbag Light, 4 Reasons It Turns On and How to Fix It