How Fast Do Airbags Deploy? Everything You Need to Know

Airbags are a standard safety feature on modern vehicles. Despite being unseen until an accident occurs, they are just as crucial in preventing serious injury and death as seatbelts.

How Do Airbags Work?

Your vehicle decides whether to deploy an airbag based on its crash sensors. There are several factors your vehicle’s “brain” processes in milliseconds to determine when to deploy airbags and which airbags to deploy.

The airbags in your vehicle depend on your manufacturer. Some have more airbags than others. Generally, airbags can be divided into the following categories:

Your vehicle’s sensors determine which of your airbags deploy and how fast. Not every accident will lead to every single airbag making an appearance. It depends on the speed and type of accident.

Most serious injuries happen because of the momentum caused by your car coming to a sudden halt. Airbags are there to slow your rate of momentum. They won’t prevent every kind of injury, but they will stop nearly all major ones.

Suppose you’re involved in an accident, and your vehicle has decided to deploy your airbags, how does the triggering mechanism work?

The accelerometer within your vehicle will trigger the airbag circuit. Once activated, an electrical current runs through a heating element, much like a toaster.

It’s the heating element that ignites an explosive. Older vehicles use sodium azide as their explosive of choice, but newer vehicles use a different combination of chemicals. As the explosive burns, vast amounts of nitrogen or argon are emitted (which are completely harmless). These How Fast Do Airbags Deploy?gases fill the steering wheel’s nylon bag to blow the plastic cover away.

Your airbags are also coated in talcum powder to ensure they don’t get tangled when inflating. Finally, during deflation, the gasses escape through tiny holes in the side of the airbag.

All of this happens in milliseconds.

Why Didn’t My Airbag Deploy?

Not all impacts will lead to airbag deployment. Many drivers make the mistake of assuming their airbags or sensors have malfunctioned if they were involved in an accident and their airbags failed to deploy.

Your vehicle decides whether to deploy airbags based on numerous factors. Airbags are designed to work only when absolutely necessary.

Firstly, one reason why your airbags didn’t deploy is you were driving below the speed threshold. If they deployed regardless of your driving speed, airbags would increase the risk of injury at lower speeds.

The second reason could be that you got rear-ended by another vehicle. Airbags protect against inertia when you’re pushed forward rather than whiplash.

In more modern vehicles, there are separate thresholds for drivers and passengers based on whether they are wearing a seatbelt or not. If you’re wearing your seatbelt, your airbags may not deploy because the belt is enough to protect you from injury.

Some vehicles even have extra sensors that scan who is in the front seat. The results of the scan analyze the risk of deployment. For example, if your passenger is small, such as a child, they may be sitting too close to where the airbag deploys, meaning the airbag won’t work.

Finally, if you’ve bought a used vehicle that was in a previous accident, the owner may not have replaced the airbag. Scenarios like this underline the importance of always ensuring the airbag is installed when buying a used car.

At What Speed Do Airbags Deploy?

So, how fast does an airbag deploy?

If you’re wondering, “what speed do airbags deploy?” be aware that auto manufacturers must adhere to common standards regarding the speed of deployment. Your standard airbag in the steering wheel will deploy if you’re involved in a crash while driving at eight to 14 miles per hour or faster.

These speeds have been chosen because experts believe that this is the threshold for when a frontal or near frontal crash could lead to moderate or severe injury.

Your airbags are attached to frontal and side sensors that constantly check for potential impacts. Only when these sensors are triggered will your airbag appear.

The above parameters are not universal. Each type of airbag will have its own threshold for when an impact will trigger it.

Will Airbags Deploy if the Car is Stationary?

Many people ask, “when do airbags deploy?” are often unaware that you don’t need to be moving for them to protect you. If your car is stationary and someone hits you, your airbags will still deploy regardless.

The threshold for when your airbags deploy is higher than if you were moving. The standard for a stationary airbag deployment ranges from 16 to 28 miles per hour.

Note that your car has to be running for the airbags to deploy. If you’ve switched the engine off and are idling in a parking lot, your airbags won’t work if someone hits you.

At What Speed Do Side Curtain Airbags Deploy?

Side airbags must have a lower deployment threshold because if an object collides with the side of a vehicle, there’s a higher chance of passengers receiving direct contact. Remember, during a frontal or near-frontal collision, you have the engine block to provide an extra layer of insulation from you and whatever hit you.

Side airbags can deploy at speeds as low as eight miles per hour when the vehicle crashes into a narrow obstacle, such as a pole or a tree. If the crash is spread out over a broader area, such as if another vehicle hits you, the threshold is as high as 18 miles per hour.

It’s not uncommon for side and frontal airbags to deploy at the same time, either.

At What Speed Do Airbags Deploy in a Crash from the Rear?

Rear-end collisions are in a category by themselves. Hits from the back differ from other types of impacts because of how injuries occur.

The most common injury from being rear-ended is whiplash, which is something your airbags cannot do much about. This is why you may have noticed that your airbags didn’t deploy if someone has ever hit you from the back.

It’s also the primary reason the car’s crash sensors are positioned at the sides and front, with none on the back.

However, if you’re the one hitting something from the back, your frontal airbags will continue to deploy.

How Fast Do Airbags Deploy?

Most accidents are over in a matter of milliseconds. It’s estimated that the average collision between cars will last for anywhere from 70 to 150 milliseconds. In other words, accidents happen within the blink of an eye.

There are three stages of a crash:

Airbags are only effective because they’re deployed before the second stage of the crash. If airbags cannot deploy during this time, the occupants of a vehicle primarily go unprotected.

So, how fast for airbags to deploy in a modern vehicle? Air bags deploy at speeds up to 15 to 50 milliseconds for the average frontal impact. In other words, when figuring out how fast do airbags deploy, you can expect a working airbag to be fully inflated in less than one-third of the total crash time.

How Do Airbags Know When to Deploy?

The effect of a fully inflated airbag is to prevent the inertia associated with being thrown forward. It works with your seatbelt to mitigate your risk of injury, and countless studies have shown how effective they are.

The brain behind your airbag deployment is the Airbag Control Module (ACM). You might also hear the ACM referred to as an EDR or a black box.

The black box is connected to each vehicle’s sensors to understand when a collision is happening and when it’s appropriate to deploy the airbags. Some newer vehicles even contain a crash data recording feature to support forensics for insurance and legal purposes after the fact.

Information is only saved to the ACM’s memory when an event occurs. Even then, it’ll only record the incident and the few seconds after it until your vehicle stops.

To sum it up, the ACM uses exceptionally complex algorithms to know when to trigger your airbags. There’s a lot of complicated physics behind the formula we won’t delve into here.

How Airbags Impact the Car, Driver, and Passenger

The basic idea of how an airbag prevents accidents is that during the collision, the airbag deploys and catches your head to stop it from slamming against the steering wheel. Side curtain airbags stop cars and other debris from penetrating the car’s interior.

Once the vehicle starts to slow down, the airbag will immediately deflate as your head presses against it. If the bag didn’t deflate, airbags would be more of a hindrance than a help because your head would bounce and smash against something else, such as the back of your seat.

Think of an airbag as essentially “catching” your head.

Be aware that the benefits of airbags for drivers and passengers only work when you’re also wearing a seatbelt. Airbags are considered a supplementary safety device, so don’t think you can rely on your airbags to protect you if you’re not wearing a seatbelt. They will still help, but you won’t be enjoying the complete protection your vehicle’s safety features offer.

Ensure Your Car is Safe with Safety Restore

Airbags are an essential safety feature of modern vehicles. Car accidents are more common than you think; even “minor” accidents can lead to serious, life-changing injuries. Airbags, in combination with your seatbelt, can be the difference between a trip to the hospital and walking away relatively unscathed.

Safety Restore is the industry’s leading service for restoring seatbelts, resetting your airbag light and modules, replacing webbing, safety instruments, and more. If your car has been involved in a collision, let our team make sure your vehicle is ready to hit the road again. 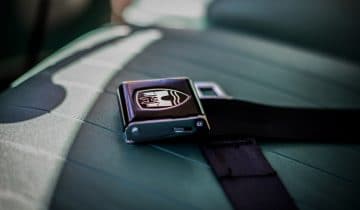 How Seat Belts Protect You in an Accident 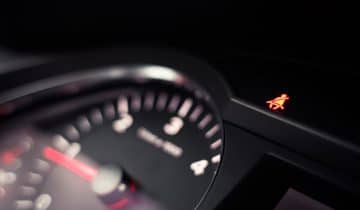 Seat Belt Strap: Why Is It Important and How to Replace It