Why are Seat Belts Important?

Seat belts are part of the standard safety equipment installed in any modern vehicle, but why should we wear seat belts?

Other than the fact it’s the law in every part of the U.S., the importance of seat belts cannot be underestimated. Below, we will discuss why people should wear seat belts and how to ensure they are worn safely.

5 Reasons Why You Should Wear a Seat Belt

Despite seat belts being required by law, many drivers and passengers aren’t aware of the importance of wearing a seat belt.

If you’re not strapping in at the beginning of every journey, here are some reasons you should wear a seat belt.

1. It Keeps You Inside the Vehicle During Impacts

One of the biggest myths about why seat belts are important and auto crashes is that you’re better off being thrown out of a vehicle, so you’re away from the crash. Here’s the reality.

You’re four times more likely to be killed if thrown out of a vehicle in an accident.

2. It Restrains the Strongest Parts of Your Body

The strongest parts of the human body are the rib cage, hips, and shoulders in adults and children. You may have noticed that your seatbelt makes contact with these body parts when strapping in. Unsurprisingly, this design was not by chance. When worn correctly, a seat belt can spread the force of a crash against these areas, which can help you stay safe and protected against the impact.

3. Slow the Body Down in the Event of a Crash

A sudden change in speed is what can lead to an injury. A seat belt slows the body’s motion so that it is not thrown into a car’s steering wheel or dashboard when a crash occurs. As a result, passengers are less likely to suffer from significantly broken bones or other serious injuries.

4. It Protects the Spinal Cord and Brain

The importance of a seat belt isn’t confined to preventing minor injury.

Seat belts are also designed to protect your spinal cord. According to a study by the Nebraska Department of Health and Human Services, seat belt use significantly reduced the proportions of traumatic brain injury resulting from spinal cord damage.

Someone who experiences damage to either of these areas is at the highest risk of death, paralysis, and other life-changing injuries.

5. Airbags Work Best When Combined with Seat Belt Use

Airbags were never designed to replace seat belts. They are a “supplemental restraint” that helps prevent head, neck, and chest injuries. However, the seat belt is what provides body support and decreases the chance of ejection. As such, they protect passengers best when used together. Moreover, according to National Highway Traffic Safety Administration, the force of an airbag can seriously injure or even kill you if a seat belt is not worn.

The Importance of Seat Belts

Now that you know the answer to “why are seat belts important?”, how do you wear one safely? Part of understanding why it is important to wear your seatbelt is also grasping the consequences of failing to wear one correctly.

There’s a reason why seat belts are designed to be worn in a specific way. Not wearing them properly stops them from doing what they’re supposed to do: save your life.

Many people know why seat belts are important, but they often falsely believe it’s more harmful to pregnant women. This is simply not true.

Doctors recommend wearing a seatbelt if you’re pregnant, as it’s the single most effective way to protect the mother and unborn child.

If you’re pregnant, the shoulder belt should be away from the neck without being off your shoulder. It should fit across the chest and between the breasts.

Never place the shoulder of the belt under your arm or behind your back. The lap belt also shouldn’t be across your belly because this increases the chances of an injury to your unborn child. Instead, place it below your belly, so it fits snugly across your hips and pelvic bone.

The way you adjust your seat also impacts whether a seat belt can do its job effectively. Make sure your seat is in the upright position to leave as much distance between you and the steering wheel/dashboard as possible.

Avoid reclining your seat more than necessary. If you’re driving, you should still be able to reach the pedals and steering wheel comfortably.

How to Wear a Seat Belt Correctly

Why is it important to wear a seat belt correctly? The primary reason is that all studies proving the effectiveness of seat belt wearing were done under the assumption the passenger was wearing the seat belt properly.

Many adults and young people are unaware of current seat belt laws. It’s your responsibility to wear a seatbelt, whether you’re a passenger or the driver. The law states that everyone aged 14 or over must wear a seat belt unless they carry a medical exemption certificate. This regulation applies to both front and rear seat passengers.

There are some exceptions to this rule. For example, taxi drivers are not required to wear a seat belt if they’re what’s known as “plying for trade,” but the same exception doesn’t apply to their passengers.

It is recommended that children are restrained in car seats until they are big enough for a seat belt to fit them securely. Typically, a booster seat will be needed to ensure a proper fit. Keep in mind that child seat belt laws vary from state to state, but all have some form of child safety seat law.

Seat belt laws generally don’t apply to private land unless there are public roads that cross that private land. However, even if the law doesn’t require it, wearing a seat belt is always recommended when you’re driving.

Why are seat belts important? Seat belts are the single most crucial safety feature ever installed in a vehicle. Car accidents are common, and wearing your seatbelt drastically increases your chances of surviving a crash.

As a leader in post-accident restorations, you can trust us to deliver the quality service you deserve. 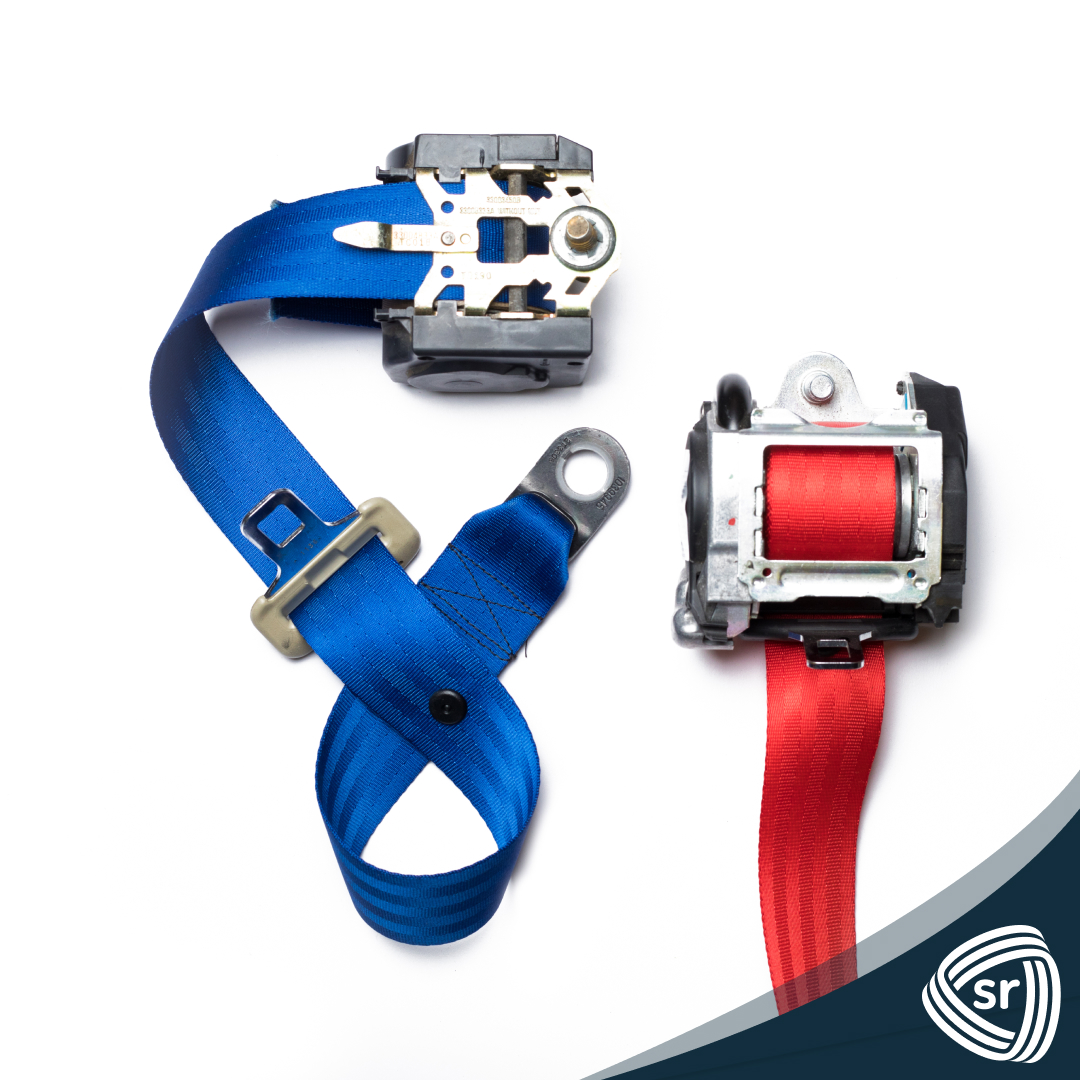 Seat Belt Tensioners and How They Work in Your Airbag System