Car accidents are highly stressful on those involved, and it doesn’t help alleviate the stress when your car starts to malfunction. Unfortunately, one common issue that can happen with cars after they’ve been involved in an accident is that their seat belts will lock and jam, preventing you from legally and safely driving them. If you’re wondering how to unlock a seat belt after an accident, this article has a few methods you can use.

Why Do Seat Belts Lock After an Accident? 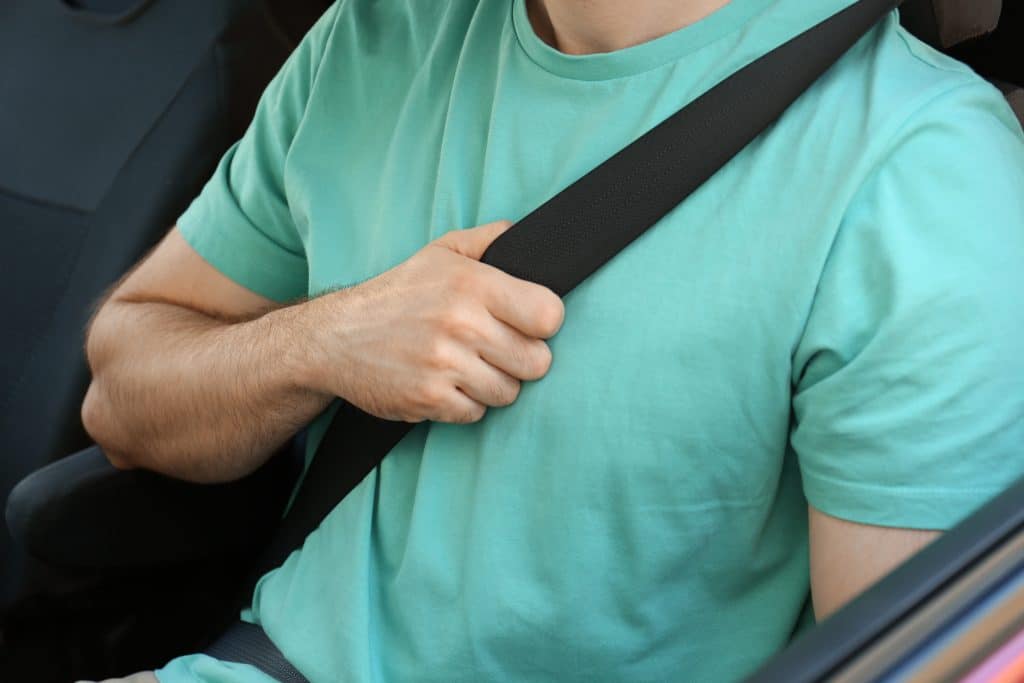 After an accident, seat belts sometimes automatically lock and won’t release. The retractor is locked into position to protect the car’s occupant since holding the rider against the seat is safer than allowing them to slam into the dashboard or airbag. The sudden stop from a car accident, leaning forward too quickly, a broken retractor, and even a grimy seat belt can also trigger the retractor’s locking mechanism. If the mechanism is faulty, the seat belt can sometimes remain locked and refuse to release. In these cases, you’ll need to do a bit of repair to get your stuck seat belt unlocked and working again.

5 Steps to Unlocking a Stuck Seatbelt After an Accident 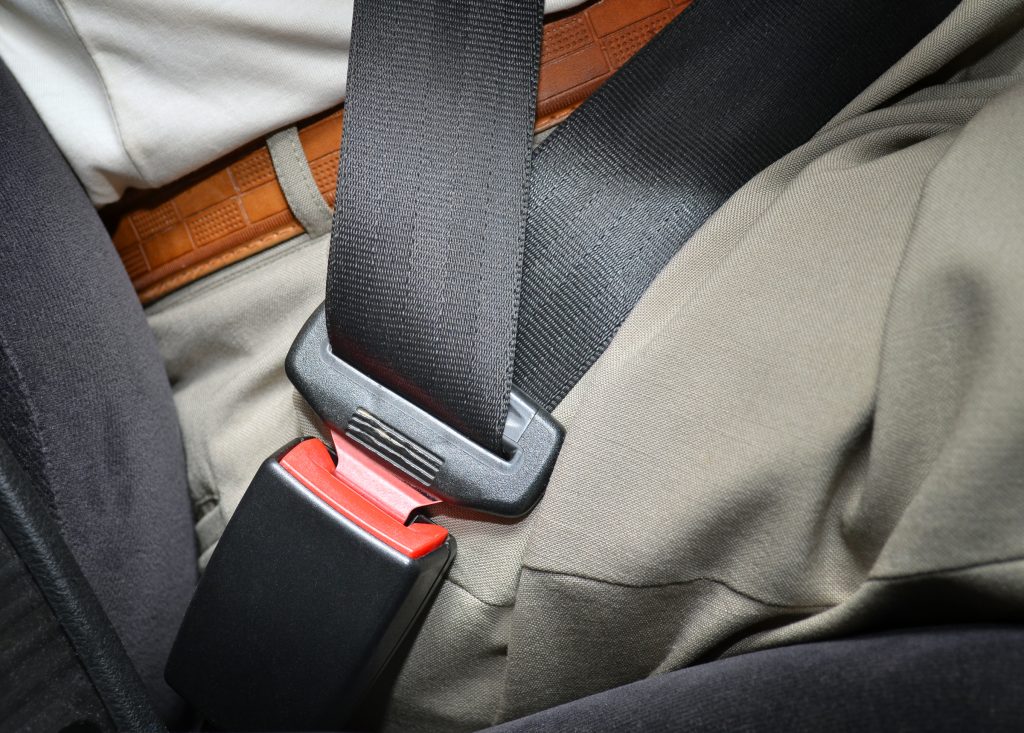 If you have a locked seat belt that won’t release, you’ll need to gather a few tools to access and unlock the seatbelt mechanism. Ideally, you should have needle-nose pliers and a flathead screwdriver on hand.

2. Inspect and Clean Your Jammed Seatbelt

Before you do anything else to your jammed seat belt, it’s worth cleaning the webbing and retractor to see if grime or dirt might be causing the issue. Unfortunately, there are many cases where something as small as crumbs or sticky stains have caused seat belts to jam. This is a result of how the retractor works. The retractor uses the friction generated by extraction and retraction of the seat belt webbing to determine if the seat belt needs to lock since sudden stops will generate a large amount of friction.

If your seat belt mechanism is completely jammed, you’ll need to access the retractor and unlock it before you can consider cleaning or repairing it. Luckily, this only takes a few steps if you have your pliers and screwdriver.

To start, you should double-check that the mechanism is genuinely jammed. You can do this by slowly reeling the seat belt, webbing back into the retractor, and then attempting to pull it out slowly. If it’s locked but isn’t jammed, this action should cause the locking mechanism to release within a few attempts. If it doesn’t seem to work, you’ll need to manually clean and reset the retractor to get it working again.

You can access the mechanism using your flathead screwdriver to remove the retractor cover. You may also need to remove the seats if you troubleshoot a rear seat’s retractor. Once the mechanism is exposed, you should attempt to pull the seat belt webbing as far as it will go. If you notice any debris, grime, tangles, tears, or other irregularities, you should immediately attempt to correct them. You can use the pliers for any difficult-to-reach debris.

Once the webbing is fully extracted and doesn’t seem to have any more issues, you should clean the seat belt webbing as outlined in the previous step before allowing it to retract. You should check to make sure that the seat belt can pull out of the mechanism and retract back into it without any issues or snags. Once you’re confident that the retractor is functioning again, you can replace the retractor cover.

4. Check That Your Seat Belt Is Still Functional 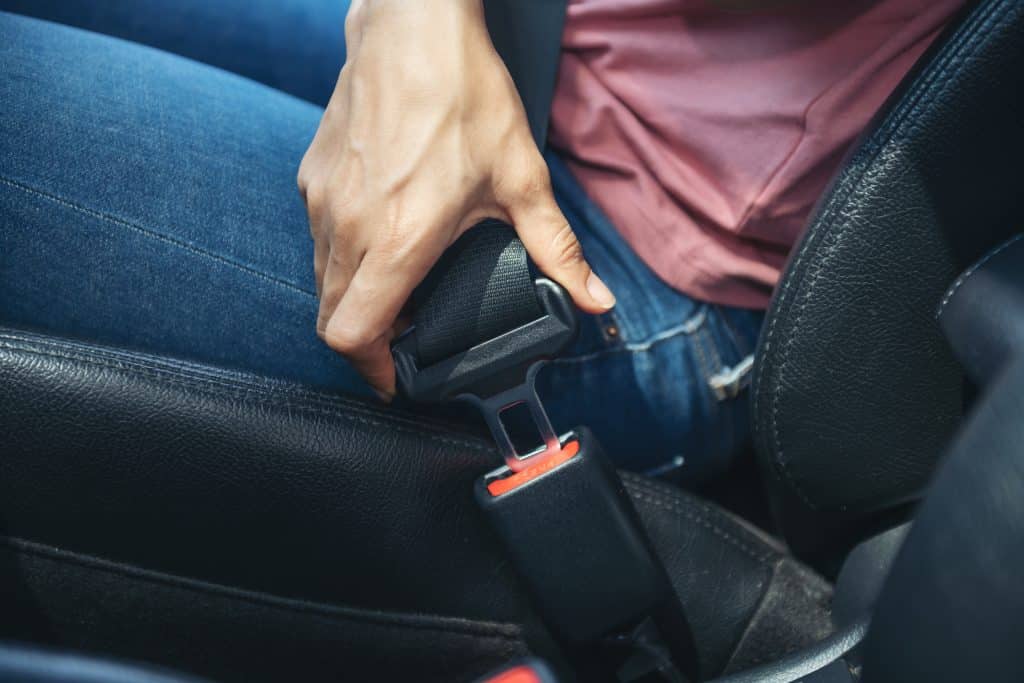 You may find that unjamming the seat belt retractor sometimes doesn’t cause it to work again. In some cases, it might remain jammed despite your best efforts — and in other cases, the seat belt might fail to hold any tension, making it unsafe for use on the road. If all of your best repair efforts fail, you should consider seeking the help of an auto repair technician or replacing your seat belt entirely.

If nothing seems to make your seat belt retractor work again, replacing your seat belt entirely may be the best way to ensure you can continue driving safely and legally on the road. Luckily, there are plenty of ways to do this. You can purchase a used or new seat belt online or send your faulty seat belt to an expert restoration service to have it repaired. And once you’ve purchased your new seat belt, installing it yourself or with the help of an auto technician is a simple process.

How to Unlock a Seat Belt After an Accident

Car accidents can be consequential in many ways, and unfortunately, one of the worst things to deal with after a collision is having to repair your car. Many car owners find that their seat belts jam or stop working after an accident, and unlocking the seat belt mechanism can be frustrating. As long as you have the right tools and know-how, the process can quickly become manageable and straightforward — and you’ll thank yourself for the money saved unlocking your seat belt at home.

With these five simple steps, unlocking your seat belt is an easy process. Most jams are fixed by using the built-in unlock mechanism, but accessing and cleaning the mechanism often resolves the issue if that doesn’t work. If your seat belt still seems to be malfunctioning after your repair attempts, it may be worth considering replacing the seat belt or having it repaired by an expert. Ultimately, your safety is worth any cost — and if your seat belt was broken in the process of protecting you, your seat belt repair was all worth it.

How to unlock a seat belt 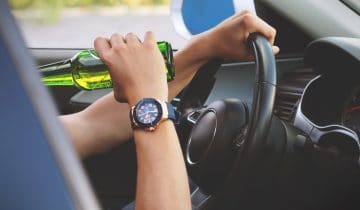