Seat belts are one of the few things that can make a difference between life or death situations on the road, making it a crucial feature that can keep you secure in the event of a car crash. It’s a preventive measure that can save lives, but it doesn’t necessarily exempt you from running into road accidents.

Seat belts are designed to withstand extreme forces, but the pressure can take a toll on the device after experiencing a significant crash. The way it looks when it receives a sudden load due to your acceleration during the incident can lose its reliability, which is why replacing a seat belt after an accident is a must.

What Happens to Seat Belts After a Forceful Crash?

Minor, sudden stops won’t fray your seat belts, but exposing it to massive forces can compromise the complex mechanism after deploying the locking system. It has a gas charge that ignites the seat belt when the built-in sensor senses an impact, locking the seat belt in place. Once the seat belt locks, the seat belt will no longer offer the same quality of functionality, preventing it from locking in the future.

When Should You Repair or Replace Seat Belts?

The seat belt’s mechanism involves a component called the pre-tensioner, which is the one that wears down after doing its job of locking you into place upon impact. You can get away with skipping out on repairs in fender benders, but major accidents require you to replace the belt since the intense shock can decrease the device’s effectiveness.

The fabric can show signs of wear-and-tear, or the mechanism can become looser. Either way, replacing seat belts after experiencing a significant car crash is critical to ensure a consistently high level of crash protection if you get into another accident.

Can You Spot Tell-Tale Signs of Seat Belt Damage After a Crash?

Most damages are done to seat belts manifest as microscopic cracks, but even a seemingly tiny issue can cause extensive damage to the quality and performance of the seat belt. This makes it unsafe to use, particularly by increasing the risk of failing during another accident.

What Do You Need to Replace?

When the seat belts get damaged, there are plenty of working parts you need to take into account. After major accidents, the mechanism such as the sensors, igniter, the inflator is part of the components you need to replace on top of the exterior features such as the retractors, buckles, and pre-tensioners.

The Bottom Line: Exploring the First Steps of Recovery After a Car Accident

Seat belts are simple devices that can save your life in an untimely car accident, so ensuring it functions to its full potential is critical to your safety.

Seeing the pivotal role a seat belt plays in ensuring your safety on the road, any faulty experiences deserve your immediate attention. When your seat belt is failing, we’re a leading post-accident restoration company in the USA that focuses on quality seat belt repairs and airbag modules.

If you’re wondering how to fix your car seat belt retractor, get in touch with us today at (855) 552-7233 and see what we can do to improve your driving experience. 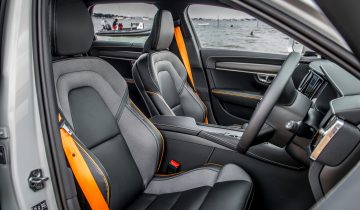 Seat Belt Color Customization and Replacement – What You Need to Know 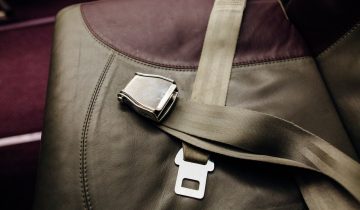 How to Test Your Seat Belts for Safety: 4 Essential Checks