Seat belts are among the most important safety features in cars to be invented in the last 50 years. In a report by the National Highway Traffic Safety Administration, seat belts saved an estimated 14,955 lives in 2017 along. In that same year, 47% of people who met their death in car crashes were found to be unrestrained—highlighting the need for the proper wearing of seat belts while on the road.

How do seat belts work?

When a person speeds down the highway in their car, the passengers inside the vehicle will keep moving with their car until the driver hits the brakes or slams into another solid object. In the event of a crash, unrestrained passengers inside the car will keep moving in the same direction and with the same force until they hit another solid object!

Seat belts save lives by keeping passengers restrained in their seats during a crash. These implements are designed to spread the stopping force needed to decelerate your motion to the pelvis and rib cage, both of which contain the most robust bones in the human body. This process reduces the impact of the crash on the passenger’s body, thereby decreasing the chance of incurring serious injuries as well.

Do I need to maintain my seat belt?

Seat belts can fail over time and may need to be repaired or replaced, especially if the car has endured a car crash before. However, even if your car has never been in an accident, it’s still best to have it looked at by a professional regularly. Like all parts of your car, these are also subject to normal wear and tear—and you probably don’t want it to fail when you need it the most.

The crucial thing to remember is that driving without a seat belt is dangerous. Nobody starts driving and expects to figure in a car accident, but when it happens, you better have functioning seat belts.

Here are three signs of a defective seat belt that you need to watch out for:

Without a strong connection between the belt and the buckle, the seat belt won’t be able to restrain you. One sign of a defective buckle is the absence of an assuring click once the buckle mechanism snaps into place. A defective buckle can release at the point of impact, thus making the whole system useless.

Seat belts are made with fabric material that can resist at least 300 lbs per inch. That being said, it is not impervious to damage and normal wear and tear. Over time, the belts themselves can fray due to friction and won’t stand a chance against the persistence of a hungry dog.

Once you notice your belts to be slowly disintegrating, get a seat belt replacement immediately.

Another crucial part of the seat belt system is the pretensioners, which are responsible for retracting some of the webbing of a seat belt during a collision. This retraction tightens the seat belt quickly to keep you from moving forward and prevents you from hitting solid objects like the steering wheel or the dashboard.

An important feature of pretensioners is to tighten the belts roughly 30 milliseconds after the collision occurs, which gives you a tiny amount of slack to reduce the impact of the restraints on your pelvis and ribcage. If the pretensioners fail, the belts themselves will be too loose to facilitate any restraining action, thus making it useless in a collision.

Seat belts are a relatively simple but ultimately crucial part of your vehicle’s safety mechanisms. They are designed to withstand an incredible amount of force and are highly resistant to fraying, nicks, and other kinds of damage. That being said, they are not impervious to damage! Once they show any signs of wear, it’s best to have them replaced immediately.

Unless you know how to fix a car seat belt retractor and other parts of the mechanism, it’s best to leave seat belt repair and replacement to the professionals. If you’re looking for a reliable post-accident restorations specialist, then Safety Restore has got your back! Contact us today and save up to 80% on fees as compared to that of our competitors’! 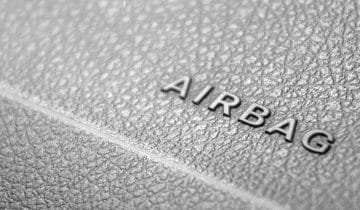 What Should I Do If My SRS Light Is On? 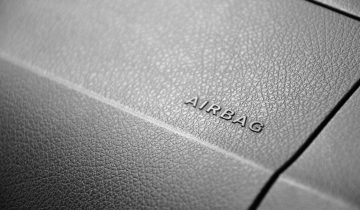