The automobile industry has gone through rapid development and innovation over the past years. We’ve seen everything from electric cars to cars that can hit speeds that were initially thought to be impossible. And while all of these technological advancements are impressive, there’s one invention that doesn’t get recognized enough: seat belts.

While it may not be flashy, the seat belt is one of the most important inventions in the history of automobiles. It’s often forgotten just how important seat belts are when it comes to ensuring your safety on the road. This is why we’ve put together a discussion on everything that you need to know about the seat belts. If this is something that you’re interested in, read on as we give you a quick run-through of the history of seat belts!

The Invention of the Seat Belt

The origins of the seat belt date back to the late 1800s as an English engineer named George Cayley designed belts that kept pilots in their planes. However, the designs for seat belts that we know today didn’t come until 1885 when Edward J. Claghorn built seat belts to make taxis safer in New York City. From that point on, more and more cars started adding seat belts as they drastically improved the drivers’ and passengers’ safety.

While seat belts were undoubtedly important when it came to protecting passengers and drivers, the road to mass adoption was not easy. In fact, many Americans in the 1980s criticized the mandatory use of seat belts.

Many citizens thought the life-saving device hindered and violated their personal freedom. On top of that, some people were worried that seat belts would make it hard for them to get out of their cars in case of an emergency. While there were many compromises that included the use of automatic safety belts, lawmakers eventually made seat belts mandatory in 1989.

Since its invention, seat belts have saved millions of lives from all over the world. In fact, this point is additional proof that the Center for Disease Control and Prevention details that seat belts dramatically lower the chances of death or serious injury.

Seat belts have come a long way. This once maligned device has become a permanent fixture in any and all cars in the modern age. And while many of us take this invention for granted, there’s no doubt that it is one of the most important innovations when it comes to keeping car owners safe.

The experts at Safety Restore specialize in repairing and rebuilding faulty seat belts. For any seat belt issues or seat belt repairs, don’t hesitate to contact us today to see how we can help! 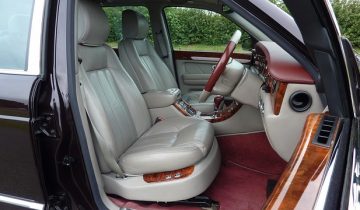 A Guide to Understanding Airbag Defects for Car Owners

How do you know if you need a speedometer repair? 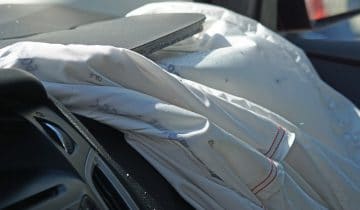 Airbag Scams: How Can You Spot and Avoid Them?