It wouldn’t be an exaggeration to say that seat belts may just be the most important invention in the history of the automobile industry. Despite how simple they may seem, seatbelts are extremely effective when it comes to keeping you and your passengers safe while they’re inside a car. In fact, simply wearing a seat belt drastically reduces the risk of death and serious injury.

Seat belts have been around since the 19th century as a predecessor to modern flight. Sir George Cayley invented them as a way to strap pilots into gliders. They transitioned to passenger vehicles in 1885 as designed by American designer Edward J. Claghorn. The first patent for the seat belt was granted that same year and has since made its way to vehicles all over the world.

Wisconsin was the first state to declare seat belt use into law in 1961 officially, and seven years later, seat belts became nationally mandated for all newly manufactured cars. The impact that seat belts have had on driver safety is unquestionable. The National Highway Traffic Safety Administration (NHTSA) estimates that seat belts alone are responsible for nearly 375,000 lives saved since record-keeping began in 1975.

Regardless of the substantial increase in people wearing seat belts over the past 20 years, a Commonwealth Transportation Board (CTB) report from Richmond, Virginia points to a surprising decrease in seat belt use and a surprising increase in fatalities during car accidents. The CTB offers an interesting insight into how coronavirus impacts car accidents and their fatalities. Despite fewer cars on the road due to the coronavirus, more instances of speed-related crashes involving lack of seat belt use have increased substantially.

If you want to learn more about seat belts or are in need of seat belt repair services, contact Safety Restore now to find a compatible service for your car! We’re a world leader in post-accident restorations specializing in seat belts and airbag modules. For more information on what we can do for you, visit our website today! 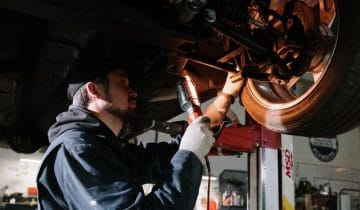