Did you know that automobile seat belts were invented by Roger W. Griswold, Hugh DeHaven, and Nils Bohlin in 1955? These three men designed a three-point seatbelt (in a y-shaped arrangement) that protects the human body from further injury over the chest, pelvis, and shoulders.

Though initially, this innovation received opposition due to concerns of internal injury, prevention of underwater escape, and failure, researchers disproved these claims, especially the last one. Thus, seat belts were mandated by the 1970s—first in Victoria, Australia—then throughout the United States.

Today, 49 out of 50 states require seat belts for adults in the front seats, while some mandate seat belts for all passengers, including children. As such, we will look at five benefits of seat belts you need to pay attention to:

Seat Belts Keep You In Your Seat

Regardless of a slow or speedy impact, an auto accident will immediately launch passengers due to collision forces. Not wearing a seat belt could propel you forward through the windshield or cause significant internal injuries!

A gross example of this is in the car crash involving Diana, Princess of Wales. One of Britain’s top forensic pathologists noted how the tiny tear in her lung (which ultimately led to her death) could have been prevented had she been wearing a seat belt.

Seat belts are designed to lock upon impact, protecting the passenger from lunging forward or being catapulted from their seat. Though it may still not be free from injury, wearing one will protect you from more severe injuries and perhaps even death.

If you’re unsure about its locking mechanism, contact your car’s showroom for much-needed seat belt repairs.

Airbags are another protective measure installed in automobiles to lessen injuries during accidents. However, keep in mind that airbags alone do not save lives.

Remember the force of impact collision? An accident caused by speeds over 40 miles per hour can launch passengers from their seats with airbags but without seatbelts. This is because airbags and seatbelts were created to work in tandem with each other.

Car Interiors Won’t Damage You As Much

Like the first benefit, seat belts also protect your body from blunt force trauma caused by the car’s interiors. Princess Diana punctured a lung when her torso collided with the front seat.

Similarly, a vehicular rollover with passengers could cause you and your passengers severe head, neck, and spine injuries, most of which are avoidable with a seat belt. Always make sure your seat belts are functional, so you’re safe from minor or major accidents.

You Can Reduce Possible Legal Issues

Since 49 out of 50 states legally mandate passengers to wear seat belts inside a vehicle, punishments for not doing so are pretty steep. For example, in North Carolina, offenders have to pay a $25.20 fine, an additional $148 to $155 for court fees, and other miscellaneous expenses.

You Get Much More Affordable Insurance Prices

Car accidents need to be reported to insurance companies to claim coverage (be sure your car is insured). As such, you need to declare whether or not you were wearing a seat belt during the collision for an accurate disbursement. However, not wearing a seat belt could raise your premiums or terminate your insurance since you would be considered a high-risk driver. They may not even reimburse you for the damages!

Wearing a seat belt results in benefits to passenger health and finances. They suffer less horrific injuries and avoid increased insurance premiums or coverage termination. Most importantly, they keep loved ones safe on the road!

Need to find out how to fix car seat belt retractors so you can maximize the five benefits we just discussed? Contact Safety Restore now to find a compatible service for your car! We’re a world leader in post-accident restorations specializing in seat belts and airbag modules. 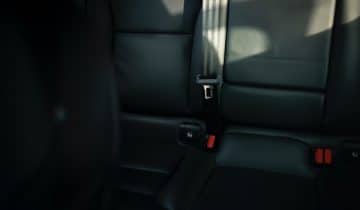