There’s no doubt about it, seat belts save lives. They got their official start as a safety device used in nearly every automobile in the mid to late 1950s. The NHTSA estimates that between the years 1960 and 2012, seat belts have saved more than 329,000 lives. That’s pretty significant, about 5,300 lives a year in the United States alone. Those are compelling numbers! These days, it’s more or less accepted that you are significantly more likely to survive an automobile accident if you are wearing a seat belt. Sure, there’s the odd story of someone not wearing a seat belt and surviving an accident due to being thrown clear of the wreck, but those are statistically irrelevant, and just about everyone accepts that.

So, we can say without reservation that seat belts are a great thing. What makes them even better is the fact that they are quite reliable and very robust. Most seat belts will go for the life of the vehicle they are installed in without a problem. Sure, sometimes the belt will fold over and get caught, or you get something stuck in the buckle, but usually, a stern tug will remedy this.

By and large, seat belts are one of those rare technologies that almost always works. All in all, they’re kind of a modern miracle. Seat belts are so well-loved that some backpacks and shoulder bags come with straps made from those retro seat belt buckles you saw in cars in the 1960s, the ones with the big square release button in the middle. This proves that seat belts are not only massively reliable and functional, but they are also incredibly Stylish!

Better still, modern information technology has made it possible for a driver to film himself fastening the seat belt each and every time he gets into the car and send that to an insurance provider for a discount. That means seat belts can save your life, are very reliable, and can even save you money.

But this is the real world and, just like anything else in the real world, seat belts can malfunction. Imagine you’re getting ready to drive to work only to discover that your seat belt isn’t working. You try to see if the belt has folded over in the roller, yank it, and that’s not it. Maybe there is something stuck in the seat belt buckle and your seat belt won’t go into the buckle. Whatever it is, you have a broken seat belt, and you need seat belt buckle repair ASAP!

What do you do? Do you tie the seat belt or hold it with your non-dominant hand to fake out highway patrol and hope you don’t get in an actual wreck? The bottom line is, you need to get your seat belt repaired. But where do you go? Have you ever heard of a mechanic who does seat belt buckle repair? Probably not.

If this has ever happened to you, you probably feel like the only person on Earth who has experienced a malfunctioning seat belt. But the truth is it does sometimes happen. It happens often enough that the folks at Safety Restore have developed a specialized service precisely for troubled seat belts.

Unless you have had the experience described above, you might be wondering what can go wrong with a seat belt. There are a number of ways they can stop working, any of which can ruin your day.

Seat belts can get stuck in the buckle, which can be pretty amusing when it happens to someone else. The seat belt tensioner can get blown out. This causes it to fall slack and not pull tight across your lap the way it should.

Driving with a blown seat belt tensioner, for example, is quite dangerous. This is because a seat belt that doesn’t fit snugly can cause more injury when the wearer strikes the band in an accident.

Safety Restore has developed a service that enables them to fully restore any malfunctioning seat belt. This means you don’t have to replace your belt, instead, just have your existing belt returned to factory condition by the seat belt experts at Safety Restore.

To learn more about seat belt repair, and schedule your seat belt repair appointment, get in touch with Safety Restore today. Find them online, or call 855-552-7233. The alternative just isn’t acceptable. 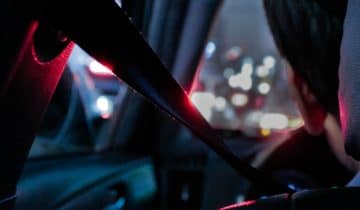 Seat Belts, How They Work and Why They’re Essential

How to Fix Broken Speedometer