Seat belts have a long history, and it is continued today with bright, vibrant colors, such as yellow seat belt webbing. The sensational actor James Dean died in a two-vehicle accident in California’s desert in 1955. Experts believe he would have walked away from this car accident had he been wearing a seat belt. After this, the United States was catapulted into a national and international conversation about the necessity of seat belts. At the time, American car manufacturers Ford and Nash only offered seat belts as safety options. Swedish Saab was the first manufacturer to make the seat belt standard on all of its vehicles.

That same year, Volvo began making seat belts standard on all of their newer vehicles. Volvo not only advocated for the safety of seat belts but did a substantial amount of independent testing to guarantee their claims of safety. It was not until 1959 that the 3-point modern seat belt was created by Swedish engineer Nils Bohlin for Volvo. Prior to this period, only a 2-point seat belt was used, which rested across the abdomen of drivers and passengers. Bohlin, a former plane engineer, wanted to create a seat belt similar to the ones used in planes. The third point harness across the torso was added to protect drivers against sudden deceleration that occurs at the time of impact.

Yellow webbing is a spectacular color that can modernize any car interior. Easily seen, yellow seat belts can make it easier to monitor who is or is not buckled up in your car. Safety Restore offers a variety of colors and options, but the yellow seat belt webbing replacement service is sure to both make a statement in the interior of any car. Check out the full selection of options. Safety Restore has to offer. If yellow is not the color for you, they have plenty of others to choose from for your vehicle. 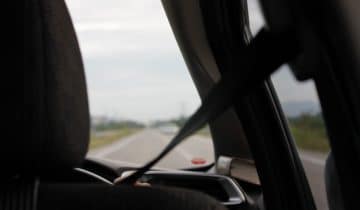 A Guide to Fixing a Stuck Seat Belt 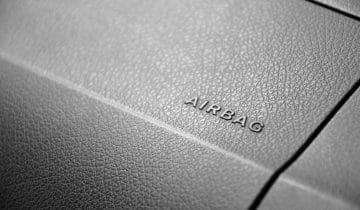 Why Repairing Air Bags Is a Must for Many Car Owners