Airbags are not designed to deploy in every collision. Even a perfectly functioning airbag will only deploy in specific accidents, such as a head-on collision, where a vehicle is traveling above a certain speed.

Car manufacturers typically design frontal airbags to deploy in “moderate to severe” frontal or near-frontal accidents, classified as crashes comparable to hitting a solid, fixed barrier at 8 to 14 mph or faster.

My Airbag Didn’t Deploy in a Car Accident. Why?

The type of accident significantly influences whether or not airbags are deployed. Airbag sensors may not have been triggered, depending on the car part where the impact occurred. This can occur when frontal airbags fail to deploy in certain types of rollover incidents and during side or rear impact collisions.

According to the National Highway Traffic Safety Administration (NHTSA), the collision position is a stronger predictor of whether an airbag should have deployed than a vehicle’s speed or the degree of damage. Frontal airbag deployment, for example, should be expected in moderate to severe hits to your vehicle’s front bumper or front corners.

These are situations where airbag deployment isn’t expected:

If your airbags failed not to deploy in a car collision, it might simply be because they were not meant to do so. When an airbag is supposed to deploy but does not, it might be due to one of the following reasons:

If the impact of a collision should have triggered an airbag deployment but did not, the airbag sensors may have failed to detect the impact or deploy the airbag.

Airbag sensor defects are attributable to manufacturers’ poorly designing, testing, or installing sensors and software or airbag calibration issues. There may not have been enough airbag sensors to detect an accident in certain situations, which is frequently the result of too cost-conscious manufacturers that prioritize profits over lives.

If, after an accident, one or more airbags deploy but others do not, this is usually due to an electrical component failure. If the parts are poorly designed or fitted incorrectly, your airbags may not deploy properly.

Defects in the Airbag Module

When the airbag module is faulty, it may not fire when it should. Manufacturing flaws, poor quality control, and fundamental design flaws might all be at blame.

Researchers discovered that airbag deployment failures could occur when manufacturers route cables through locations that can be easily damaged during an accident. When wires located in susceptible regions are damaged or cut, impact signals cannot reach the airbag module.

When a vehicle is involved in an accident, the airbag control module must be reset before being utilized again. If the module is not reset, you run the danger of being in an accident without a functioning airbag system to protect you.

Trust only the world’s leader in post-accident restoration, seat belt repair, and airbag module resets! Get in touch with Safety Restore today to learn more about our services! 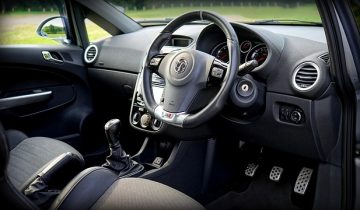