Quite often we hear about car accidents happening around us. Regrettably, many of them have less than fortunate outcomes, like death or serious injury. Oftentimes, that is due to passengers neglecting to buckle into their seat belts. It’s a shame to think that such a simple action—or lack thereof—can yield such disastrous consequences. If you live in the state of Texas, and you are wondering about the seat belt compliance among Texans, I am here to provide you with some statistics.

Based on a United States Department of Transportation National Highway Traffic Safety Administration traffic safety study performed in 2014, the compliance rate among Texans was 87 percent. That means that 87 people out of 100 in 2014 consistently wore their seat belt—leaving 13 people out of every 100 who did not do so. Even though 87 percent seems quite high, there still is a lot of room for improvement—especially when compared to the state of Oregon, which had a reported compliance rate of 97.8 percent. Of course, there were other states with less than satisfactory rates, such as South Dakota, with a compliance rate of just 68.9 percent! Overall, it is positive to see that nineteen of the fifty states, the District of Columbia, and the U.S. Territories of Northern Mariana Islands and Guam attained seat belt use rates at or above 90 percent!

Important to note—these statistics were obtained from probability-based observational surveys conducted by the 50 states, the District of Columbia, and United States Territories.

Another important observation concluded at the end of the study was that U.S. states and territories with stronger seat belt enforcement laws generally showed higher seat belt use rates than those with weaker laws in place.

After learning the results of the study, hopefully, it has given you a renewed sense of needing to wear your seat belt at all times. Perhaps it will prompt you to further research seat belts and answer any questions you may have, such as, “What percentage of drivers killed in car collisions were not wearing seat belts?”

If you are someone who consistently wears a seat belt, you may notice your belt starting to become faulty or damaged. If your seat belts need repair, don’t hesitate to turn to the company Safety Restore. The company specializes in repairing single-stage, dual-stage, and triple-stage seat belts as well as replacing seat belt webbing. 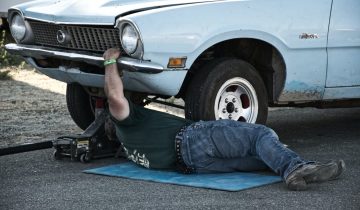 Steps on How Airbags Are Fixed after an Accident – Part 2 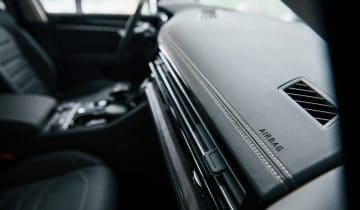 Best Practices for When Your Car’s Airbag Light Is On