Ever since they became mandatory in 1968 via legislation, seat belts have become a mainstay in all cars legally allowed to ply the nation’s roads. Almost every state even has some form of seat belt law, which makes the wearing of seat belts while driving legally required! In most states, failure to wear seat belts often results in a fine—which is a light price to pay compared to the potential catastrophe of driving without it!

Why are seat belts mandatory?

Seat belts are mandatory because they have been proven to work! According to research from the National Traffic Highway Safety Administration, seat belts reduce serious collision-related injuries and deaths by at least 50%. Airbags, another safety feature present in modern cars, are seen to contribute to the high effectiveness of seat belts. That being said, they are not replacements for this technology; rather, they enhance seatbelts’ effectiveness by preventing whiplash.

How do seat belts work?

Despite improvements in design over the years, seat belts can feel cumbersome. This is especially true for people who embark on long road trips for hours, or even days, on end. As a result, some people forego wearing a seat belt for comfort reasons.

If that describes you, then you are probably unaware of how the seat belt works and why it can save your life in the event of an untoward accident.

In a nutshell, a seat belt’s primary duty is to hold you in place in the event of a collision. The most common seat belt design approved for road use is the three-point seat belt, also known as a lap or shoulder belt. It attaches to your lap and should via three attachment points: one near each hip and one over a shoulder.

Without a seat belt to hold you in place in a crash, your body would go flying and hit the closest hard surface, resulting in potentially deadly injuries. However, if you were buckled down, the three-point seat belt will disperse the stopping force into your chest, shoulders, and pelvis, where bones tend to be more robust and able to take a beating.

You’ve probably noticed that while the seatbelt sits snugly on your lap and shoulder, it still allows you some measure of movement. However, as soon as the car brakes at a certain threshold, the resulting motion will cause your seatbelt to tighten and fasten you in place! This is achieved via a retractor mechanism. However, as helpful as they are during a collision, your seat belts need regular maintenance to ensure that the whole system works as it should.

When do I need a seatbelt repair or replacement?

All materials eventually wear out, even those designed to keep you safe during an accident. Seat belts will eventually give in to normal wear and tear after a couple of years, upon which they will need to be repaired or replaced.

However, seat belts can get torn in an accident while trying to restrain your body from moving. Besides the belts, other parts of the seat belt, such as the buckles and retractor mechanisms, can also get damaged. When this happens, you’ll need to get a seat belt replacement to ensure that you still have a working seat belt should the untoward ever happen again.

Besides driving carefully and always buckling down while on the road, a responsible driver and vehicle owner should also keep their car in perfect working condition. This includes ensuring that your seat belts are solid and can be relied upon in the event of an accident. If you’re in doubt about the state of your seat belt, or if you want it to be inspected after saving you in a recent accident, get a seat belt replacement or repair immediately!

Are you looking for a professional service to check out your seat belt and conduct the necessary repairs? Safety Restore provides quick, affordable, and dependable seat belt replacements in Westfield, MA. While you’re getting a seat belt replacement, it’s worth getting us to check your airbag to secure your safety from all angles! Contact us today to learn more about our services. 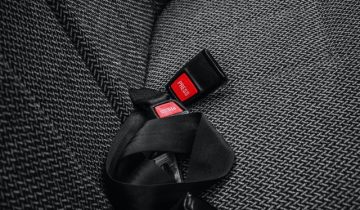 How To Quickly Repair A Sudden Seat Belt Malfunction (Part 1) 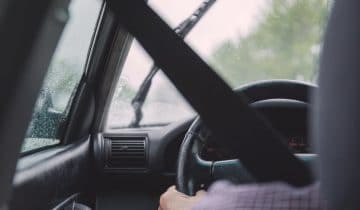 5 Seatbelt Safety Facts You Should Always Keep in Mind 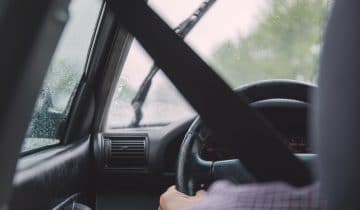