Wearing a seat belt is one of the simplest and most effective ways to stay safe on the road. But, despite the apparent benefits, millions of Americans choose to drive without a seat belt every day.

1. A Seat Belt Will Prevent You from Escaping a Crash

Though it’s understandable why this myth exists – being trapped in a burning or sinking car is a scary thought – fire- and water-related accidents make up less than half percent of all vehicle accidents.

You’re much more likely to be ejected from your vehicle without a seat belt than you are to be trapped in it. Wearing a seat belt decreases the chances of being knocked unconscious, making it easier to escape if necessary.

2. You Don’t Need to Wear a Seat Belt If Your Car Has Airbags

Wearing a seat belt is more important than relying on airbags during an accident. If you don’t wear a seat belt, you could be thrown from the car, hit the windshield, or slide under the dashboard. Airbags are not as effective as seat belts in protecting you.

3. You Don’t Need a Seat Belt If You’re Just Going a Couple of Blocks

You may think that seat belts are only necessary for long trips on the freeway. However, most traffic-related deaths occur within 25 miles of the victim’s home – at speeds of 40 miles per hour or less.

You’re at risk of being in a car accident, even if you’re just driving a short distance. Wearing a seat belt in a low-speed crash can be the difference between getting away safely and being taken to the hospital.

4. Seat Belts Can Harm You in a Crash

If you’ve known someone in a serious car crash, they may have had scrapes or bruises from their seat belt or airbags. But these injuries are nothing compared to what they would have gotten without these safety devices.

Airbags are designed to protect your body in the event of a collision. You may have to endure a few scrapes and bruises to avoid a broken neck or, worse, in a crash.

5. The Odds of Being in an Accident Are Small

The chances of being in a car accident on any given trip are slim. But for a lifetime, most people will be involved in a few serious accidents. Since you never know when an accident will happen, it’s best always to wear a seat belt.

6. Seat Belts Are Not Important in Minor Crashes

You may think that wearing seat belts is only necessary for major car accidents. However, car accidents are not always major. The lesser accidents that don’t result in serious injuries can still be dangerous.

You may still suffer from whiplash even if you aren’t hurt in a crash. This force can result in pain, headaches, neck fractures, and even death. Seat belts can help protect you against these injuries.

Seat belts are an incredibly beneficial safety feature that all cars should have. Car accidents are common, and wearing a seat belt can make all the difference between staying safe and getting injured.

Safety Restore is the world’s leading post-accident restoration service providing seat belt repairs, SRS airbag module reset, webbing replacements, instrument clusters, and more. We’ll ensure that your car is fully equipped with quality components before you leave our store. If you need a seat belt replacement, Safety Restore is the perfect place for you. Get in touch with us today and let us know how we can help!

Can you Fix a Broken Speedometer 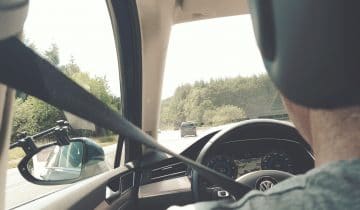 Seat Belt Replacement: When Should Your Car Need It?