Seat belts are the first line of defense as compared to all other components in your Toyota Camry. They help keep the driver or passenger(s) secured in their seats so they do not end up hurting themselves by hitting what is in front of them, whether it is another seat or the dashboard. Even though seat belts are such an important safety feature in a car, so important that it is the law – many still don’t use them or take care of them. Seat belts can help to the extent of their condition as well as use. Some drivers or riders decide to skip using the seat belt, thinking they are only going against the law and not thinking of the safety risk they are taking on. Others may buckle it in but put the seat belt behind them to avoid the seat belt sign noise. However, the seat belt is useless in both these scenarios since it can not do its job properly. If you are someone who uses there seat belt in their Toyota Camry or whatever other vehicles you are driving, I applaud you. You are doing what is best for your safety as well as those riding along with you.

Even if you may use your seatbelt consistently, there is still the side to consider the seat belts condition. A seat belt can get worn, frayed, rip or even stretch over time. These situations may call for you to fix the Toyota Camry seat belt or get them repaired. There are a few other scenarios in which you may need this service. Here are a few things to keep a lookout for.

One of these would be if the seat belt is constantly getting stuck or jammed. This can be a stressful thing to deal with. Another reason would be if you have a dog. Dogs are notorious for chewing through seat belts. A frayed or chewed up seat belt can make it hard for the seat belt to retract back into the spool. That being said, another reason would be if your seat belts simply aren’t retracting. This will result in you just not being able to use them, even if you were being responsible enough to want to. Also, if your Toyota Camry has been in an accident at all, your seatbelt pretensioner gets blown, resulting in needing repair or replacement.

If you are a victim of any of these situations for your seat belts or anything else that may be wrong with your Toyotas Supplemental Restraint System, there is no need to get new seat belts and waste hundreds at a dealership. Instead, you can save hundreds of dollars by turning to Safety Restore, a post-accident restoration company. They can fix the Toyota Camry seat belt, whether it’s a repair or replacement for a fraction of the cost at the dealer’s, restoring everything to factory condition! 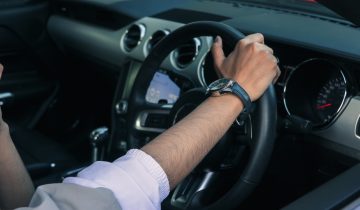