Seat belts remain vital components in car and road safety. They may appear to be outdated technology, yet they are your vehicle’s most critical safety features. Here’s everything you need to know about what to do if they fail to work properly and how to fix them.

A seat belt usually fails for one of two reasons. You may read more about them below.

The Seat Belt’s Webbing Can Be Damaged

With a damaged seat belt, frayed, torn, faded seat belts, dog bitten, trapped in a car door, cigarette burns, sliced, furred edging are all possibilities. All these can have a severe impact on the performance of your seat belt, and it will always fail a roadworthy examination.

What You Should Do

Seatbelts are single-use items. When a collision causes the belt and retaining mechanism to extend, they must be replaced.

Seat belts that have been used are frequently replaced with new ones. When straight replacements aren’t available, professionally restored seat belts can be utilized in older automobiles.

The tensioner mechanism is tested, and pieces of the belt webbing are replaced as needed. This is not a job for amateurs.

While you may be able to install the assembly yourself, a professional will be able to see issues with the body and frame that could prohibit the belt from working in the event of a collision.

When the clock spring wears out, it can cause the seat belt retractor to fail. The spring can wear out over time, and if this happens, the entire seat belt retracting mechanism must be replaced because it cannot be fixed.

What You Should Do

A broken clock spring is irreversible, requiring the replacement of the complete retractor system with a replacement seat belt retractor.

Suppose the seat belt is attached to a pre-tensioning pyrotechnic device, such as those used in airbag vehicles. In that case, the seat belt retractor must be replaced with an authentic part.

If the seat belt was damaged during an accident, the seat belt and the buckle should be replaced. Seat belts and buckles should only be utilized once the vehicle is loaded.

Certain seat belts will not release, and the webbing will not pull out of the retractor if they are used in an accident. In this case, the retractor mechanism should never be opened in an attempt to release or repair anything.

The seat belt manufacturer does not allow reinstalling it in a car because it will be extremely unsafe. The seat belt will almost certainly not protect the occupant.

Failure to replace a seat belt and buckle that have been worn in an accident is extremely risky, as it may fail to function in the event of another accident.

Mechanics should never attempt to remove the side covers of a seat belt retractor in order to free up a jammed or worn-out clock spring. Additionally, attempting to remove a spring can be extremely dangerous, as it can jump out and injure the eyes and or face. 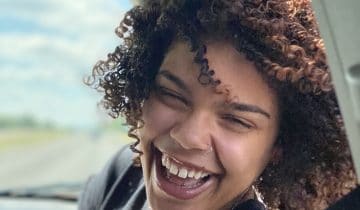 5 Seat Belt Myths That Are Putting Your Safety at Risk