Why Honda Civics Are The Best

Every so often, you may hear people arguing about which car is the best in terms of price, reliability, endurance, and overall comfort. I know I have heard this conversation played out many times myself. I do find it interesting and worthy to note that Honda Civics are quite often placed at the top of the list. Below I will relay some of the reasons why so many people think so.

One reason why Honda Civics are regarded so highly is that they are a relatively low-cost vehicle. As a personal vehicle, they require a lot less money to upkeep than most other cars on the market.

A second reason why people think Honda Civics are so great is that they retain their after-market value quite well. Some people even attest to being able to sell their Honda Civic for 50% of its purchase value after driving the car for more than 5 years! That is almost unheard of with many other makes and models of vehicles!

Another reason why so many people like Honda Civics is because it is a great commuter car. It is very reliable and you can drive it for years without experiencing any problems with it. It simply isn’t a car that requires a ton of maintenance. When problems do arise, the repairs do not cost an arm or a leg either—as they do with other vehicles.

Additionally, there are many variations on the Civic—most notably the Civic, the Civic Type R, and the Civic SI—allowing it to accommodate a variety of drivers.

Finally, Honda is one of the top car manufacturers that put so much emphasis on innovation and features that can catch the appeal of the entire public while remaining high standard on performance, efficiency, and safety. Even with loads of competition, the Honda Civic keeps its high reputation for one of the most efficient cars throughout its generations. 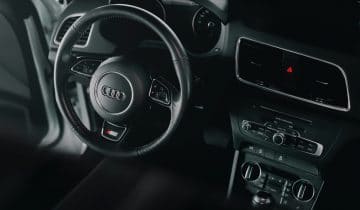 Why You’ll Love Colored Seat Belts for Your Car

What Does The Engine Warning Light Mean?