Car accidents can seem like an unlikely event until it happens to you. The shock of experiencing something you just read about on the internet or hear from the news can be a startling wake-up call to observe simple safety procedures. This is why you should always be mindful of your driving etiquette. Nevertheless, accidents can still occur no matter how prepared you are. Thankfully, what separates a fatal accident from a couple of bruises lies in a car’s straightforward yet effective seat belt system.

Car seat belt systems have come a long way since their initial inception. Although most passengers underestimate the importance of wearing a seat belt, its purpose remains a key component of a car’s safety systems. This is why it’s vital to maintain the habit of wearing seat belts to protect you from harm. Over time, this simple concept of restricting a passenger in place has gone through several innovations.

In this article, we’ll discover the evolution of the car seat belt through its five different types.

Lap belts are the earliest form of seatbelts, securing a driver with a sash connected through the hips. It offers minimal protection by ensuring that a person doesn’t get thrown due to a car crash’s impact. Although lap belts are less common now, they can still be found on some middle-rear seats of older car models.

A step above lap belts, shoulder belts restrain the driver through a diagonal barrier from one shoulder to the opposite hip. It’s best used with a lap belt to ensure that passengers will not slide from their seats during an accident.

The most common seat belt design in modern vehicles is the three-point belt. This secures the driver on three points, from the shoulder through the opposite hip, with another sash through the lap. It’s common for most modern cars to have a three-point seatbelt as it minimizes collision forces by spreading the resulting impact throughout the entire body.

Another variation of the three-point belt is the Belt-in-seat system. It offers similar three-point protection but is attached entirely to the car’s backrest. Unlike other belts, it’s generally more comfortable to wear as it naturally embraces the user. This reduces discomfort and delivers increased protection through improved sensors that automatically adjust its tightness, depending on the chair’s position.

A five-point harness delivers the best level of security against high-speed forces for drivers that need maximum protection. Although its design is commonly seen in car boosters for infants, it also has a functional application for sports car drivers. Since these drivers get up to extreme speeds, they also face a higher risk of severe injuries during a car crash. The five-point harness’s restraint comes from both shoulders, meeting through the chest and in between the legs. This arrangement of sashes offers a high level of restraint against impact. When worn correctly, a professional racecar driver can avoid certain death after a grisly car collision.

Every vehicle contains a built-in seat belt to protect its driver and passengers from severe impact from a crash. However, you don’t need to experience a car accident before these safety systems can experience wear and tear. With a malfunctioning seat belt, you have a greater risk of suffering more significant injuries during a car accident. This is why it’s vital to repair or replace your seat belts if they’re not working correctly.

The safety of driving your vehicle depends on the quality of parts it has to protect you. At Safety Restore, we specialize in quality replacements for your after-accident needs. If you need airbag module replacements or an effective seat belt repair service, contact us today. 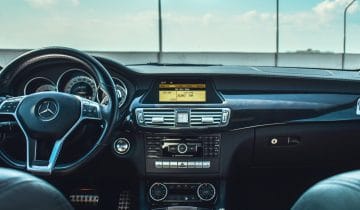 Why You Shouldn’t Drive With Your Airbag Light On

Can a seat belt break in an accident ?