Not putting on a seat belt is an automatic point deduction in any driver’s license test. This highlights simply how crucial it is to wear a seatbelt when you hit the road!

But even though wearing a seat belt has been a constant reminder in society, whether it’s been a car ride rule from parents growing up or written on a highway billboard somewhere, there are still instances where people still don’t wear their seat belts. In fact, over two thousand people’s lives have been lost in 2017 due to not wearing seat belts, according to the statistics of the National Highway Traffic Safety Administration.

Why should we always wear a seat belt?

Safety is the number one reason why seat belts were invented. These implements are meant to restrain the people in the vehicle from being ejected out front in the event of a collision. People who are thrown out of the car due to a crash are four times more likely to die than those who remain protected by seat belts—so it’s not an exaggeration to say that it can literally save your life.

The seat belt also protects two critical areas of the body: your spinal cord and brain. A great amount of force from any kind of impact could push your body forward, so much so that you’re likely to bang your head on the surface in front of you if you were driving without a seat belt on.

While airbags are also safety features present in every car, they are not enough to guarantee you full safety and protection. Seat belts keep your body in the same position, whereas airbags can minimize your impact forward. If you don’t have it on, you may not stay put in the position where airbags can protect you. That is why both airbags and seat belts are necessary safety features in your car.

If safety and protection are not enough to convince you, then maybe the hand of the justice system will! Wearing your seatbelt is required by law in all states except New Hampshire, whose mandate only requires minors.

Should everyone in the car wear a seat belt?

The short answer is yes, they really should. Ideally, the driver and all passengers should have a seat belt on. Children especially should have their seat belts secured at all times. However, some car models only install seat belts for two passengers at the back seats. This supposedly indicates that four people are the capacity of that vehicle—though often people squeeze one or two extra passengers to maximize the vehicle’s space.

While it is not a requirement in most states for back seat drivers to wear a seat belt, they are still encouraged to buckle up. Additionally, the people who sit in the middle without a seat belt are the most at risk in the event of a collision. So if there is an option to take more than one car to carry all your passengers in your group, take it. But if you’re driving around a family of five, you may want to consider the option of getting a bigger car with a seat belt for the middle passenger at the back.

Seat belts aren’t just there for show or for compliance—they’re literally installed in vehicles to prevent the loss of life. Although nobody gets in their car to expect an accident, it won’t harm you to take that extra precaution to wear your seat belt. By taking that extra measure, you’re less likely to be fatally harmed in a car accident!

A broken seat belt is not a valid excuse for not having one on—have your seat belts repaired immediately when they’re damaged. If you’re in the area of Westfield, MA, you can drive on over to Safety Restore, a seat belt repair service that guarantees a 24-hour turnaround on all repairs. Contact us now and ensure your car’s safety! 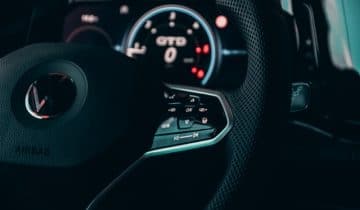 Why Is the Airbag Light On, and How Can I Reset It? 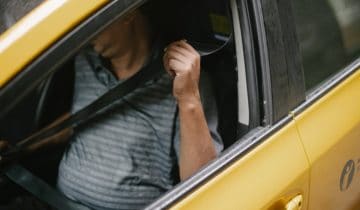 6 Common Misconceptions about Seat Belt Use