Airbags are standard equipment in all new cars. They have saved many lives, but how did airbags evolve from a concept to one of the most critical safety features in our everyday life?

During the early stages of the airbag’s development, there was a lot of negative media coverage. According to some assessments, airbags may inflict more damage than benefit.

These concerns are justified since studies have shown that low-speed airbag deployment and airbag deployment without seatbelts can result in injury. However, current designs have demonstrated that airbags are essential in saving lives.

How secure are today’s airbags? Front airbags reduce driving deaths by around 30 percent. Furthermore, side airbags that protect the head lower the risk of fatality in driver-side incidents by 37 percent for a driver and 52 percent for an SUV driver. We go into the strange history of how the airbag evolved from a concept to one of the most significant safety breakthroughs in automobile history.

How an Airbag Works

An airbag or supplemental restraint system (SRS) is an automobile safety device. It encompasses several different components, including:

An airbag is a protective cushion that inflates between the driver and the steering wheel, dashboard, or other hard surfaces. The goal of an airbag is to prevent serious injuries. When the airbag is deployed, it’s usually accompanied by a loud bang. This is the sound of the airbag deploying and the bag itself inflating. The airbag cushion is inflated with nitrogen gas at speeds up to 200 mph.

Airbags are designed to deploy in a fraction of a second. This is crucial. Suppose you were driving down the road at 60 mph when a brick crashed through your windshield? It wouldn’t do you any good for the airbag to deploy in a few seconds.

Sensors: How Does an Airbag Know When to Deploy?

Airbags are battery-powered, but the inflation process requires a lot of power (airbags are like mini-explosions). Consequently, there is usually a big battery in the car. Airbags use an internal sensor to know when to deploy. This can be a variety of different sensors depending on the vehicle. The most common are crash sensors and seatbelt sensors.

In the event of a crash, sensors in the vehicle detect the impact. This triggers the airbag to inflate.

What Is the Future of Airbags?

Airbags today are very different from a decade ago. Some current automobiles use compressed air canisters that are far more efficient and powerful than the original compressed air systems. Types and shapes have developed as well. Until the 2000s, frontal airbags were considered major. Curtain, side torso, seat cushion, and even knee airbags are becoming standard in more expensive cars.

The next major improvement in airbag technology is unknown, but some companies are already pursuing radical new designs. For instance, the “hug airbag” concept envisions an airbag that wraps around the passenger’s body, protecting them from collisions.

A virtually complete curtain airbag that would not envelop people but instead form a cushioned cage is some suggestion. With advanced sensors, we may even have outside airbags that prevent damage to the car.

Airbags are made to inflate in a fraction of a second, sometimes the difference between life and death. The bottom line is that airbags are invaluable in saving lives and preventing serious injuries. Some airbag designs have more modern technology, such as electronic parts, but even the earliest airbags have saved countless lives.

Safety Restore is a company that specializes in seat belt repair services and airbag module resets. We also provide webbing replacement and instrument cluster repair services. Restore your seat belt to its original state and functionality with our help. Message us right now! 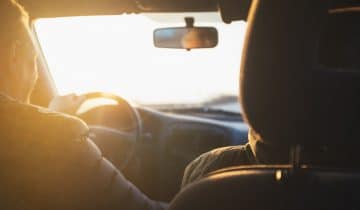 7 Bad Habits During Driving That Are Harmful and Illegal