Considering the number of accidents every year and how many of those are made worse by not wearing a seat belt, it is a surprise that there are still many drivers who refuse to buckle up. Everybody knows the benefits of wearing one and the risks that come with ignoring this safety precaution.

From needing seat belt replacement to simply forgetting, here are six reasons certain drivers give for not wearing their seat belts:

Yes, those belts can get frayed, or the mechanisms can get broken after a long period. However, there are some drivers who use this excuse so that they won’t have to wear their seat belts and without the intention of getting them fixed.

What isn’t clear to some drivers is that airbags are not supposed to be the primary and sole restraint system that you use. In fact, they are made to serve as a supplemental restraint system that will offer additional protection. But it should always be used in conjunction with seat belts.

Given that most accidents happen within 25 miles of the drivers’ houses, this assumption is obviously wrong. It’s also a known fact that when passengers don’t wear seat belts, they are more likely to hit other occupants of the vehicle, and in the event of an accident, this may lead to life-threatening injuries or even death.

Some women drivers fear that the seat belt could hurt the baby in their tummy, but the truth is, as long as they properly wear their seat belt, it’s even going to provide both the mother and the baby protection. As the mother is protected by the seat belt, the child is also safer!

There are some drivers who think that they are safe as long as they maintain a specific speed limit. As such, they reserve wearing seat belts when they are driving on a highway. While not driving fast is indeed better, it’s not an assurance that you won’t get in an accident. Also, when you’re driving slowly, and there’s a minor collision, the airbag might not deploy. If you’re not wearing your seat belt, you can still get thrown and be seriously hurt!

Even if most drivers and front passengers buckle up, the majority of the backseat occupants don’t do it as often. Many think that because the risk is less, it’s all right for them to skip this safety precaution. However, it’s still a hazard because you can get thrown through the windshield and hit those in the front seat during an accident.

Car accidents are never anticipated, but you should always be prepared for them. Being in a vehicular accident can forever change your life, especially if you are seriously injured or lose a loved one. This is why it is so important that you do your part in minimizing the risk of getting hurt, and wearing your seat belt is one of the things you can do to lessen that!

At the same time, your seat belts need to always be in the best shape, too. If yours are faulty or the straps are already frayed, you must take it to a professional who can do seat belt repairs.

Safety Restore is one of the most trusted experts in seat belt replacement and repairs in Westfield, MA. Get in touch with our team today to learn more about how we can help you! 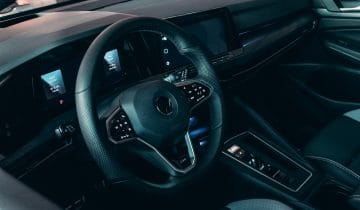 How to Reset Your Airbag Light after an Accident: A Guide 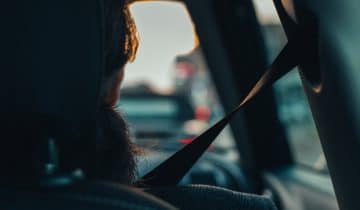