Although regarded as lifesavers today, seat belts weren’t always mandatory. They are car accessories that have only been mandated in the late 1960s, and the actual effects of the laws in question were only implemented in the 1980s. Before that, being confined to the car seat wasn’t deemed as necessary which is why most people end up suffering from fatal car accidents.

Today, however, wearing your seat belts now needs to be considered second nature. The number of vehicles on the road and other dangerous factors should be enough to convince anyone to make seatbelts a natural driving habit. Unfortunately, there are facts about seat belts many remain in the dark about.

These safety systems remain to be shrouded in mystery and misconceptions, all of which affect their overall perception. To learn more about seat belts here’s a quick fact list to check out:

Seat Belt Fact #1: The 5-Point harness can be dangerous, so make sure to get it right

A 5-point harness is a car seat’s webbing portion, which can be adjusted over a baby to tuck them into the seat. The five points of the seat belt are where the car seat is attached to. Two of them are for the baby’s shoulder, while the other two fall on the hips. The final point is where the harness buckles are situated, tucked between the legs.

Although designed to be safe, improperly fastening them can do more harm than good. Make sure to keep it loose as you place the baby in, and they’re seated all the way back in the seat. Done properly, the straps will go over the baby’s shoulders, safely, down to the last buckles–only then should you tighten the harness!

Should you end up suffering from various accident injuries, for instance, your auto insurance may end up declining your claim if they find out you’re at fault. It’s your responsibility to wear your seat belt!

Seat Belt Fact #3: The discomfort from wearing a seat belt eventually dies down

When you’re not used to wearing a seat belt, you might find it uncomfortable to wear one when you’re in a vehicle. However, this discomfort eventually dies down once you make it a habit to buckle up. Once you buckle up every time you enter a vehicle, it will eventually be a life-saving habit. It might take some time to get used to it, but it will eventually pay off.

Starting a habit is always difficult, but with continued practice, you’ll eventually build up a life-saving habit. Besides, the risk of serious injuries will be much more painful to deal with than buckling up!

Seat belts, although late into the modern world, have now become a necessity. Wearing one on the road just makes sense, as it keeps everyone else a little safer despite the unpredictability of life. These seat belt facts are just some of the best ways to learn about these contraptions better, and there’s plenty more resources available for you. For now, though, keep buckling up!

When it comes to seat belts, it’s always worth enlisting the help of an expert. Safety Restore offers you seat belt replacement services in Westfield, MA, guaranteed to go above and beyond what’s expected. We are the world’s premier company on post-accident restorations—contact us today to learn more. 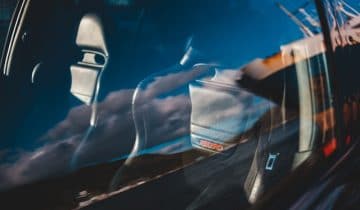 Why Doesn’t the Driver’s Seat Belt Have a Fabric Loop? 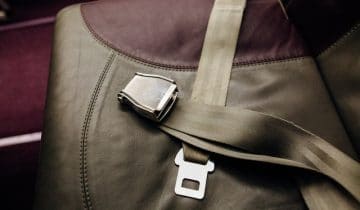 Teaching Teenagers about the Importance of Seatbelts

Who Does Speedometer Calibration ?