The seat belts are an important part of any vehicle. They keep the driver as well as any passengers safe in the event of an accident. All occupants of a vehicle should wear a seat belt at all times. The vehicle has sensors that detect whether or not a seat belt is not being used, and can alert them whether through a light on the dashboard or by a sound to buckle up so the safety features like the airbags can properly work if need be.

In the beginning, wearing a seat belt was completely voluntary. New York was the first state in the United States to pass a law that took effect in 1984, requiring all vehicle occupants to wear a seat belt. All states, except for New Hampshire, soon followed behind New York in this.

Regardless of what state you are in, and especially if you are taking a drive across state lines, always make sure to buckle up and stay safe on the road.

Can you drive without an airbag module? 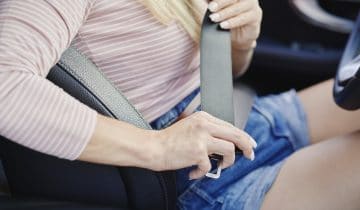 Seat Belt Maintenance 101: What You Absolutely Need to Know