Driving can become dangerous due to various factors. However, drivers can drive quickly, knowing that an airbag can support them in head-on collisions. In 2017 alone, airbags have saved 50,457 lives. They also reduced driver fatalities by at least 29 percent. Therefore, it’s safe to say that airbags, secondary to seat belts, are practical automobile accessories in saving lives.

Even if the air-filled mechanism’s discovery pushes back up to the 1950s, most drivers still do not know how they work and how they save lives. If you’re one of them, that’s all about to change!

An airbag is an inflatable cushion device that aims to protect the people in an automobile from danger, such as head-on collisions or minor road mishaps, from incurring severe injuries. Although the inventor of the airbag didn’t mean to use the invention as a protection for the driver and its passengers, it acted as a support to the seat belt, which was the primary security device in every vehicle.

The usual composition of an airbag isn’t only the airbag itself. Instead, other components power the device to inflate and cushion the blow that the driver and the passengers experience during a mishap. It contains an inflator or a gas generator, an indicator lamp, a battery, and a backup battery (depending on the vehicle’s model).

Airbags do not inflate in simple instances like hitting a hump or a sidewalk curb at full speed. Although airbag deployment depends on the car’s sudden change in rate, the accelerometer will not consider a hump or a curb as an instant stop compared to a head-on collision.

In a high-impact collision, the inflator fits into a module consisting of a woven nylon bag and a break-away plastic horn pad cover. Later on, the same module fits into the steering wheel, inflating the areas on the dashboard and softening the blow received by both driver and passengers.

Benefits of Service Airbags in Automobiles

Airbags aren’t designed to save people during head-on collisions on the road entirely. However, they should at least soften the blow from severely injuring the people riding an automobile. Airbags cushion the essential parts like the neck, head, and spine from receiving the most damage.

Most of the time, the force generated by high-impact collisions is enough to cause life-threatening damage to people. Airbags help secure people’s safety by softening the impact and preventing them from hitting their head on the steering wheel or the dashboard.

3. Prevents Drivers and Passengers from Projecting Through the Windshield

Ejection from the vehicle is a common occurrence for victims of a high-impact collision. Those not wearing their seat belts are especially prone to being thrown through the windshield, which can be more dangerous than the collision itself. People can evade getting ejected through their vehicle’s windshield through airbags as the mechanism keeps them firmly in place.

As of writing, there are still debates about whether or not car companies should install airbags in every vehicle due to its risks to drivers and passengers. However, if you’ll think about it, having an airbag cushion a blow is better than hitting your head on a steering wheel or dashboard in general. Therefore, it’s best to get your airbags maintained and have an airbag reset module done to ensure the machine operates properly.

Safety Restore aims to restore deployed service airbags through an airbag module reset service. Our goal has always been to keep drivers safe on the road by offering services that can further increase their protection and safety while driving. If you’re looking for an airbag reset company near you, contact us through our website today. 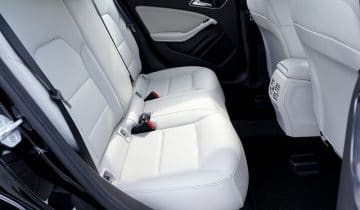 The Ultimate Guide to Fixing Your Seat Belt Buckle