It is a well-known fact that safety is a concern in every field you may be involved in. The same is true with vehicle safety.

Seat belts are essential to wear because they can protect you against severe injuries and even death in the event of a car accident.

With that said, did you know that seat belts come in many forms? See some of their types below.

A lap belt crosses over your lap and locks in place. Before the legislation requiring the use of three-point seat belts, the lap belt was the simplest of all seat belts. As such, they provide the least protection.

In the event of a car crash, it might prevent you from being ejected from your seat. It keeps your lower body seated, but your upper body lacks protection and can hit different parts of your vehicle. These are obsolete these days, and you can only find them in older vehicles.

Sash belts or shoulder belts are a type of two-point belt. It is an older and rarer model like the lap belt. They go diagonally over your shoulder and get buckled over your lap. Since it lacks a lap belt, you may slide underneath it during a car accident; an act referred to as “submarine.”

It is not that safe to use lap belts because they lack components. You can only see this in older vehicles as the three-point belt is now the most common seat belt used in cars.

The three-point belt is the most typical type of seat belt we see these days. The Swedish car manufacturer Volvo first introduced it in 1959 to promote safety amongst its passengers. They made their new seat belt design patent open so that other car manufacturers can benefit from this.

It is in a Y-shaped arrangement, and it looks like the unified version of the lap and sash seat belts. Like these two, the three-point seat belt spreads out the energy of the moving body over the chest, pelvis, and shoulders upon collision.

The belt-in-seat (BIS) is similar to the three-point belt, except it is secured to the seat and not on the frame of the vehicle. This alternative provides better comfort to passengers. The BIS is used by car manufacturers who make convertibles and pillarless hardtops.

This is because the “B” pillar is absent, and you need it to attach the upper mount of the belt. The BIS was first used during the 1970s. Drivers who use antique cars often replace their outdated lap and sash belts in favor of it because it offers more protection.

Taking Care of Your Seat Belt

For your safety, always check if your seat belt requires repairs. If you see any wear or tears, consult a professional immediately. Seat belt repairs are essential to preserving their function.

If they are beyond repair, you can opt for a seat belt replacement. There are different types of replacements available. You can start searching for seat belt repairs near you online to begin your journey back to safety.

As for seat belt repairs or replacement, you may want to consider Safety Restore. We specialize in seat belts and airbag modules. Call us today to get your seat belt replaced or repaired! 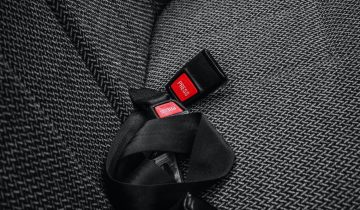