Seat belts are an every day necessity that we have all come to realize and appreciate. With that knowledge, however, many of us use one when on the road but don’t actually stop to think about the physics behind them or how seat belts work in a crash. Below I will explain just that. It is important to know this type of information, especially when we owe a lot of our livelihood to their protection!

Seat belts help prevent serious injury or even death by decreasing the velocity of a body as it faces an unexpected decrease in speed. Because of inertia, an occupant of a vehicle will naturally continue traveling forward at the same speed of the vehicle before the impact, even once the car has reached a complete stop. If a car is traveling at the speed of 65 miles an hour and collides into a telephone pole—immediately reducing its velocity to zero—the occupant of the car will still keep moving forward at 65 mph, unless something is holding them back as a “stopping force.” This can be explained as the velocities of the car and the occupant working independently of each other.

Seat belts also prevent occupants from hitting the steering column or windshield at high speed—which can result in quite a serious injury and likely death.

Seeing as how important seat belts are, it is crucial to have them repaired immediately upon detecting any faults in them. The company Safety Restore specializes in a single stage, dual-stage, and even triple-stage seat belt repair. It also offers seat belt webbing replacement services, in case your problem lies in ripped, torn, or frayed seat belts. If you are ever in need of seat belt repair, you will be guaranteed quality, safety, and affordable prices at Safety Restore. 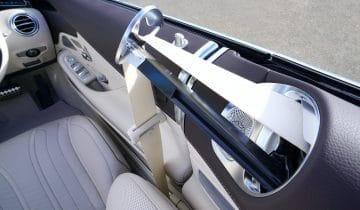 Seat Belt Replacement: Is It Required after a Car Crash? 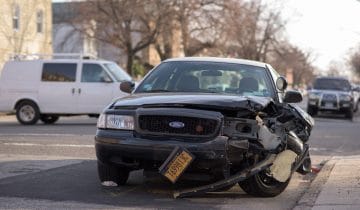 8 Things You Need to Do Immediately after a Car Crash