Nobody’s perfect, but if there’s one place we should strive to be as close to it as possible, it’s on the road. However, for most of us, we drive so often that it’s become second-nature — we don’t put much thought into our driving habits once we get behind the wheel. That’s why it’s important that we take the time to learn to recognize common bad driving habits that can put ourselves and others in danger.

Poor driving habits aren’t just dangerous, they can also result in expensive tickets, frequent stops at the gas station, and both major and minor repairs to your vehicle. There are lots of reasons to take a second look at your driving and actively learn how to reduce dangerous driving habits to make sure you’re not being that person on the road.

We won’t cover the obvious things to avoid, like driving illegally or under the influence. While not all of the items listed below will be unexpected, some might surprise you. Here are the seven most common drivers’ dangerous habits:

The list of consequences for reckless driving habits is endless, but the most severe is the danger it poses to everyone around you. This one may seem obvious, but speeding is one of the most dangerous things you can do on the road. Don’t believe us? It’s estimated that speeding causes one-third of all traffic fatalities.

One of the best ways to avoid speeding is to take advantage of cruise control if available to you. If your car doesn’t have this feature, remind yourself to check the speedometer regularly and try to notice whether you seem to be going faster than those around you.

Let’s look at a danger on the road that doesn’t get as much attention as speeding: drowsy driving. In 2017, drowsy driving was estimated to have caused 91,000 accidents, resulting in tens of thousands of injuries and roughly 800 fatalities, according to the National Highway Traffic Safety Administration. Yet, these estimates are likely low, and sleepy motorists may be to blame for as many as 6,000 annual fatal accidents.

If you’re going on a long trip, take regular breaks or bring a buddy to switch off with you. Didn’t get much sleep last night? Get a ride to work — don’t drive. Feeling sleepy while on the road? Pull over and rest — it’s not worth it.

Another dangerous driving habit is aggressive driving, which is estimated to cause 60% of all traffic accident deaths. Aggressive driving includes anything from speeding, running red lights, cutting others off, erratic lane changes, and more. The link between aggressive driving and road rage is strong, so next time you get cut off, don’t engage.

The best way to avoid becoming the victim of aggressive driving is to learn to recognize aggressive drivers and symptoms of road rage so that you can avoid those drivers completely.

This one probably didn’t shock you but it’s so important we had to include it. Everyone knows how important it is to wear a seatbelt, yet approximately 14% of Americans don’t. In 2020, there were a total of 23,824 passenger vehicle occupant deaths, and a whopping 51% of those people weren’t wearing seat belts.

Still thinking about not wearing it? It’s estimated that seat belts reduce the risk of front seat passenger deaths by 45%. The best thing you can do to make sure you never drive without a seatbelt is getting into the habit of putting it on before you even turn on the engine. Not only does this apply to drivers, but passengers are also at risk if they don’t strap up.

A bad driving habit you should avoid is distracted driving. This includes everything from texting, eating, and even simply talking while driving. While it might not seem like a big deal in the moment to reach over and answer that text, it puts people’s lives at risk. In fact, nine people are killed everyday in the US as a result of distracted driving for a total of approximately 3,000 deaths per year. Distracted driving is split into 3 categories:

To keep from becoming distracted while behind the wheel, plan your route ahead of time and free yourself from avoidable distractions. Put down the phone, get your GPS all set up, stop fiddling with the radio, and focus solely on the task of safe driving.

Tailgating is a symptom of aggressive driving, but it’s such a major contributor to accidents that it deserves its own mention. Tailgating is a factor in over one third of all crashes, making it one of the top causes of car accidents. It’s estimated there are 2,000 deaths a year due to tailgating. Maintaining a safe gap between you and the car in front of you is essential, but how much space depends on your speed and the weather conditions.

A good rule of thumb is to follow the “three-second rule,” keeping a minimum of three seconds’ worth of space between you and the car in front of you. This should give you enough space to maintain a safe following distance. If it’s rainy or snowy, give yourself more time to stop safely behind the lead vehicle.

We all know those pesky blind spots and the feeling of craning your neck to see if that lane is actually open. Blind spots might seem like a small issue, but they cause nearly 840,000 accidents each year, resulting in 300 deaths annually in the US.

Always check your side mirrors before changing lanes or entering a corner to ensure there is no oncoming traffic. Another important part of this bad driving practice we should mention goes beyond just careless lane changing. If you weave in and out of lanes, you increase your risk of colliding with other cars or causing other drivers to become panicked and make mistakes, both of which can lead to collisions and accidents. Never veer out of your lane unless absolutely necessary.

Get Peace of Mind with Safety Restore

A big part of safe driving lies with you and your driving habits. Unfortunately, no one can control what happens on the road, and accidents do and will happen. Remember: just because you’ve been in a collision doesn’t mean you’re bad at driving. However, it’s crucial that you return your vehicle to tip-top shape as soon as possible.

Safety Restore is the leading post-accident restoration service that will bring you peace of mind after an accident. We offer fast and affordable seat belt repair, airbag module resets, and more. Don’t leave anything up to chance, visit our website today to learn how we can restore safety to your vehicle today. 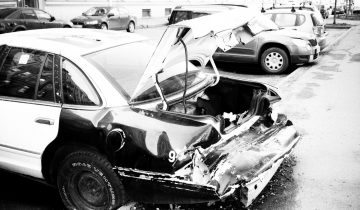 Can Airbags Be Fixed after Accidents? What You Need to Know

What does service airbag mean ?