Contrary to popular belief, when airbags go off after a car crash, it does not symbolize a total loss on the vehicle’s end. Don’t be confused: it’s valid to assume that when airbags are set off by a certain point of severity in a car crash, the car is likely totaled. However, this is not 100% the case at all times.

At What Point Will a Car or Any Vehicle Be Totaled?

In automotive terms, the term “totaled” usually applies to a car or vehicle that will cost more in repairs than what it’s actually worth. Realistically speaking, the guideline for it is when the repair costs for damage post-accident or crash are 71% and above more than the vehicle’s overall value.

Let’s take a sample figure of $5,000 and use it as fair market value of, say, a typical sedan car. Going with that, the threshold for “totaled” is at $3,500. When damage incurred adds up to around $2,800, then repairs are still well and truly possible.

On the other hand, $3,650 worth of damage will lead the car or vehicle to essentially be marked as totaled. That would still be despite the amount still falling under the established value of $5,000.

In some cases, the airbags end up not deploying at all.

There are a number of ways to address airbags post-accident:

Can You File a Case When No Airbags Deploy?

You can file a lawsuit against the airbag and/or vehicle manufacturer if there was a defect in the crash sensors or airbag design. That’s quite cut and dry, really: injuries could have been prevented or less severe had the airbags deployed when they had to.

In a car accident claim, airbags that are deployed can be used as evidence of car crash severity. However, injuries are still possible during “minor” collisions that don’t involve airbags being set off. Soft-tissue injuries, primarily in the back and neck, are most common here.

When collisions are moderate to severe, the default setting of airbags will be triggered. This is because low-speed or minor collisions don’t need inflated airbags. Should airbags go off at those times, they can actually cause the very injuries they’re meant to prevent.

A common misconception is that any car involved in a collision is totaled when the airbags have deployed. In truth, “totaled” usually applies to a vehicle whose repairs are at least 70% more than its overall value. So, when your airbags deploy after an accident, your vehicle is not necessarily totaled.

Looking to get airbag control module repair after an accident? Reach out to Safety Restore! As the world leader in post-accident restorations, we specialize in airbag modules and seatbelt repairs alongside instrument cluster repairs and webbing replacements. 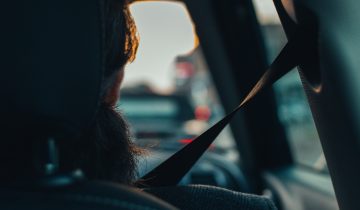 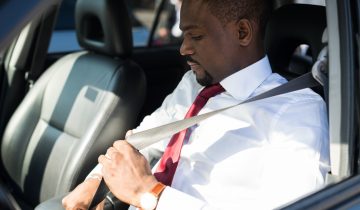