Millions die in road traffic accidents, as confirmed by the World Health Organization (WHO), stating that 1.35 million people die in car accidents yearly worldwide. In the United States, approximately 38,000 people die annually in motor vehicle crashes. Many of them were unfortunately not restrained at the time of the crash. Due to these realities, you and your passengers should wear seat belts to stay safe against serious injuries and death when in transit.

Why Is Wearing a Seat Belt Important?

Seat belts were made mandatory in every vehicle in the late 1960s. However, there were no seat belt laws back then that required drivers and passengers to use them. It was only in the late 1980s and 1990s when these laws were passed and came into effect.

At present, using your seat belt should be second nature every time you get into your vehicle. The bad news is there are still some people who don’t see the importance of buckling up. Whether they are distracted, in a hurry, or simply forget, many don’t wear their seat belts. Because of this, they are placing themselves in greater danger because their safety systems won’t protect them in case of accidents.

What Is the Importance of Seat Belt Laws?

Seat belt laws and enhanced enforcement are effective in increasing seat belt use and reducing crash-related injuries. Thankfully, these laws and enforcement strategies have been proven to encourage more drivers and passengers to wear their seat belts.

Are There People Who Opposed To Seat Belt Laws?

In most states, many opposed changing a secondary law to a primary belt use law because they claim that primary laws affect individual rights and give law enforcement officers the chance to harass minority groups. In fact, in a telephone survey, most people who received seat belt citations did not feel they were judged based on their race, gender, or age. However, some young drivers and minorities reported perceptions of harassment.

What Are the Strategies To Enhance Enforcement of Existing Seat Belt Laws?

Enhanced seat belt enforcement programs include an increased number of officers on patrol, an increased average number of citations each officer issues, and targeted regularly scheduled patrols. These campaigns aim to increase public awareness of the importance of wearing a seat belt and heightened seat belt law enforcement.

Wearing seat belts protects you and everyone else in your vehicle. It saves lives, so make sure to buckle up. If you are caught not wearing one, you could be issued a traffic ticket, which means you have to pay a fine and have a violation on your driving record. It’s also important to keep your seat belts in excellent condition. If you’re wondering how to fix a car seat belt retractor or you think you need seat belt replacement, reach out to seat belt specialists right away.

If you need seat belt repair, you can count on Safety Restore. We are post-accident restoration experts. We also offer webbing replacements, and airbag module resets. Contact us to boost your vehicle’s safety systems!

What is speedometer calibration ? 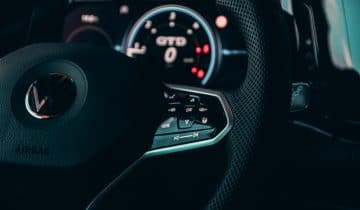 Vehicle Safety 101: 5 Reasons Why an Airbag Light Is On