Despite statistics proving that seatbelts have been saving lives, many people still argue that, in some cases, they’re useless and can cause harm. This is true in the case where, initially, seat belts were only tested on dummies modeled after men. They weren’t tested on women-modeled dummies. This means that in an accident, the safety features weren’t considering the body of women, which, as we know, can be somewhat different from a man.

Now, don’t get us wrong. Wearing no seatbelt is more dangerous! This means that regardless of your sex, you should be wearing seatbelts. However, does this mean that men will be safer in cars than women? Previously, the answer is yes. Fortunately, with new investments in unisex crash testing, this is all about to change:

Back in the 1960s, safety regulations originally imposed onto car manufacturers that two crash test dummies had to be made. One of them had to be 95 percentile male and the other five percentile female. However, due to the hassle, manufacturers pushed back the regulators, who were later forced to reduce to only one dummy that was 50 percentile male. Also, historically, seat belt and frontal airbag tests were done to ensure that they were safe to use for males, not females. This is most likely because the majority of all drivers are men, and men have the most fatalities in car accidents.

Only recently, things have changed quite drastically. Male and female drivers essentially equal each other in terms of how many are driving on the road. As a result, the need for testing seat belts and airbags to be safe for female use became an increasing demand. Manufacturers have seen this trend and have put effort into ensuring their tests had female crash test dummies. From here, unisex crash testing was born.

Engineers have built and tested female crash test dummies rigorously, ensuring that the airbag and seat belt don’t harm a female driver. In addition to this, new dummies also consider smaller individuals who are at much higher risk of injuries caused by seat belts and airbags. However, some challenges might remain, such as trying to test these safety features for pregnant women. Fortunately, some efforts were still made for pregnant women, where crash-tested pregnancy seat belt adjusters were tested and made available to help pregnant women stay safe in the case of a car accident.

Put simply, with new trends in the world of driving, manufacturers and regulators have made changes to ensure the safety features of a vehicle are built for all sexes. Regardless of whether the driver is a male or a female, seatbelts and airbags of today have become a lot safer, and with new technology to make vehicles overall safer and sturdier, driving on the road has never been safer. Of course, this is no excuse to drive around recklessly. One must always exercise caution and patience when driving a vehicle, as the best way to prevent injuries or even fatalities from a car accident is to prevent accidents from happening in the first place.

Safety Restore is the world’s leader in post-accident restoration services with a special focus on seat belts and airbag module repairs. If you require seat belt repairs in Westfield for your vehicle, reach out to us today! 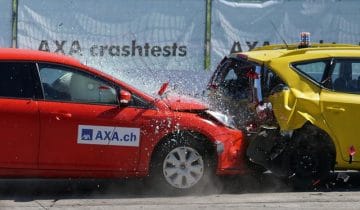