Every component of your car experiences wear and tear, even if some parts aren’t as obvious as others. While most car owners think of their vehicle’s frame, tires, and engines, even your car’s interior aspect also needs necessary replacements.

While it’s uncommon to replace seat belts frequently, it’s mandatory to do so to avoid potential accidents. This is because a damaged or compromised seat belt can put you at risk for severe car accidents. Unfortunately, not all car owners are fully aware of the purpose and limitations of their seat belts. For this reason, knowing more about seat belts will help you determine when it’s necessary to replace them for your car.

The seat belt’s current iteration combines the belt sash and shoulder sash rolled into one. Its pretensioner reels back the slack on the sash to tighten the passenger once the car’s sensors trigger a potential accident. This keeps a person in place to avoid severe injuries.

Unlike other parts of the car that require frequent servicing, seat belts don’t degrade as much. However, its role as part of the Supplementary Restraint System (SRS) requires it to be in top condition all the time.

The National Highway Traffic Safety Administration considers seat belts as single-use items. While drivers and passengers use them regularly for every trip, these seatbelts offer a one-use protection when the vehicle experiences strong impact.

The seat belt pretensioner retracts the sash to keep an individual upright in place once the car’s sensors detect the potential for severe impact. It prevents a person from experiencing whiplash while the airbag module expands instantaneously. This protects an individual from blunt impact or shards from broken windshields. After this automatic emergency mechanism, the seat belt will be damaged and unable to perform the same response again.

After a car crash, seat belts are also fitted with locking retractors to allow the seated occupant to move once it’s safe to exit the vehicle. With the pretensioner and locking retractor together, a seat belt becomes an effective solution to save drivers and passengers from severe injuries.

It’s mandatory to replace seat belts after its emergency response triggers during a car crash. After bringing your car to the mechanic, you’ll need to swap its components out for a new one. Besides suffering from a car crash, other situations and conditions can also require replacing these car attachments.

Over time, your seat belt’s sash can be too damaged from overuse. This is usually the result of dirty or frayed sashes that no longer retract properly, which requires them to be cleaned or replaced. Keep in mind that damaged seat belt sashes are just one of the many technical complications you should inspect for replacement.

Seat belts have a natural life span of ten to fifteen years, depending on how well you care for your vehicle. It’s best to consult your vehicle owner’s manual to look for precise recommendations on the right timing to replace your seat belts. Thankfully, you don’t have to contact your car’s Original Equipment Manufacturer (OEM) for part replacements.

At Safety Restore, we’re devoted to giving you the peace of mind of driving a safe vehicle. We provide products to fix your vehicle’s SRS, from airbag module replacements to seat belt repairs. Contact us today, and we’ll provide you with the right products to restore your car’s ability to protect you on the road. 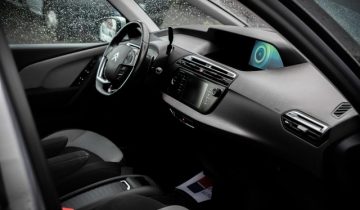 Here’s Why You Should Never Reuse an Inflated Airbag